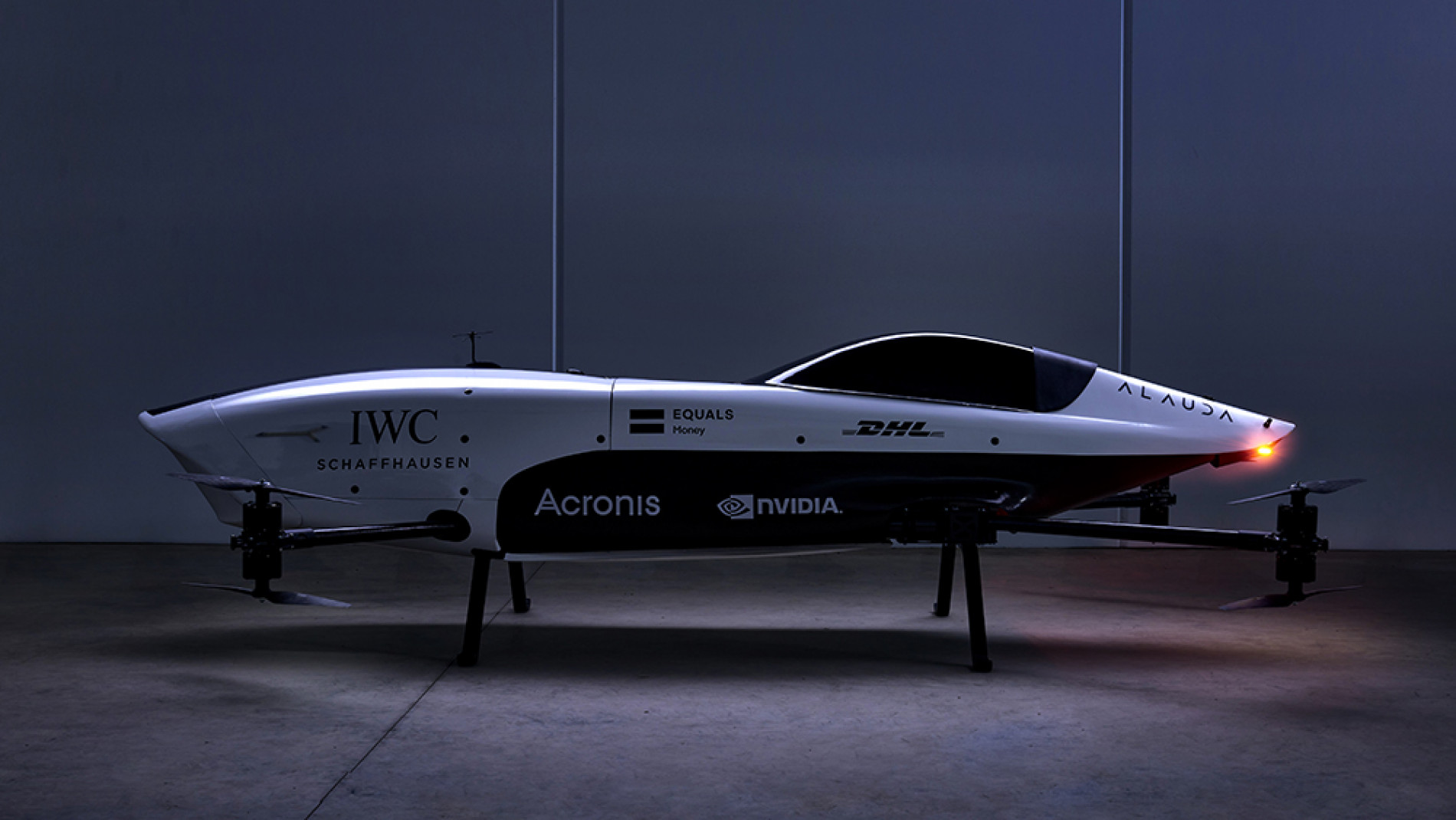 A flying racecar partly engineered by a Swiss watchmaker sounds like the stuff of dreams, but IWC Schaffhausen and Airspeeder are working to make it a reality.

The two companies have joined forces to create a new airborne electric racecar series to usher in a new era of sustainable motorsport. The pioneering project is spearheaded by Matt Pearson, who runs the electric flying car manufacturer Alauda. Pearson is simultaneously developing the Airspeeder racing championship in which IWC will be the “engineering and time partner.”

Billed as “the world’s first electric flying car racing series,” Airspeeder will eventually see a full grid of Alauda’s lightning-quick eVTOLs take to the track with elite pilots at the helm.

The newest model is known as the Mk3. The speed machine, emblazoned with IWC’s logo, is kind of like a mix between a Formula 1 car and a drone. It sports a sleek, minimalist silhouette and a gleaming silver exterior that recalls the fluid lines of some of IWC’s timepieces.

The carbon-fiber speedster runs like clockwork, too. It features an octocopter layout with airfoil-profiled rotor arms and batteries that allow it to fly at heights of up to 130 feet and reach speeds of up to 125 mph. It’s also equipped with the latest LiDAR and radar systems that create a “virtual force field” around the craft to prevent collisions.

“It’s fantastic to play a part in bringing Matt’s bold vision to life,” IWC’s CEO Christoph Grainger-Herr said in a statement. “The Airspeeder team are true pioneers of aviation and they are bringing together two things that are really close to IWC’s heart. From making some of the planet’s best pilots’ watches for the last 80 years to the cut and thrust of modern automotive design and racing, we have always equipped and inspired those who dare to dream.”

Indeed, IWC has a long-standing partnership with Mercedes-AMG and a deep connection to the world of motorsport. It’s been the official engineering partner of the marque’s F1 team since 2013, so the brand is well placed to support Airspeeder with its latest endeavor.

Pearson says the new partnership with IWC will bring together the brightest engineers and designers of both companies to facilitate real technological progress. In fact, the new Mk4 model is expected to launch in 2022—just before the inaugural crewed season gets underway.

“Whether the result is a beautifully designed watch or a revolutionary flying car, we all rely on human and technical endeavor to make truly impactful change through giant technical leaps,” Pearson adds. “I can’t wait to see what we can achieve together.”