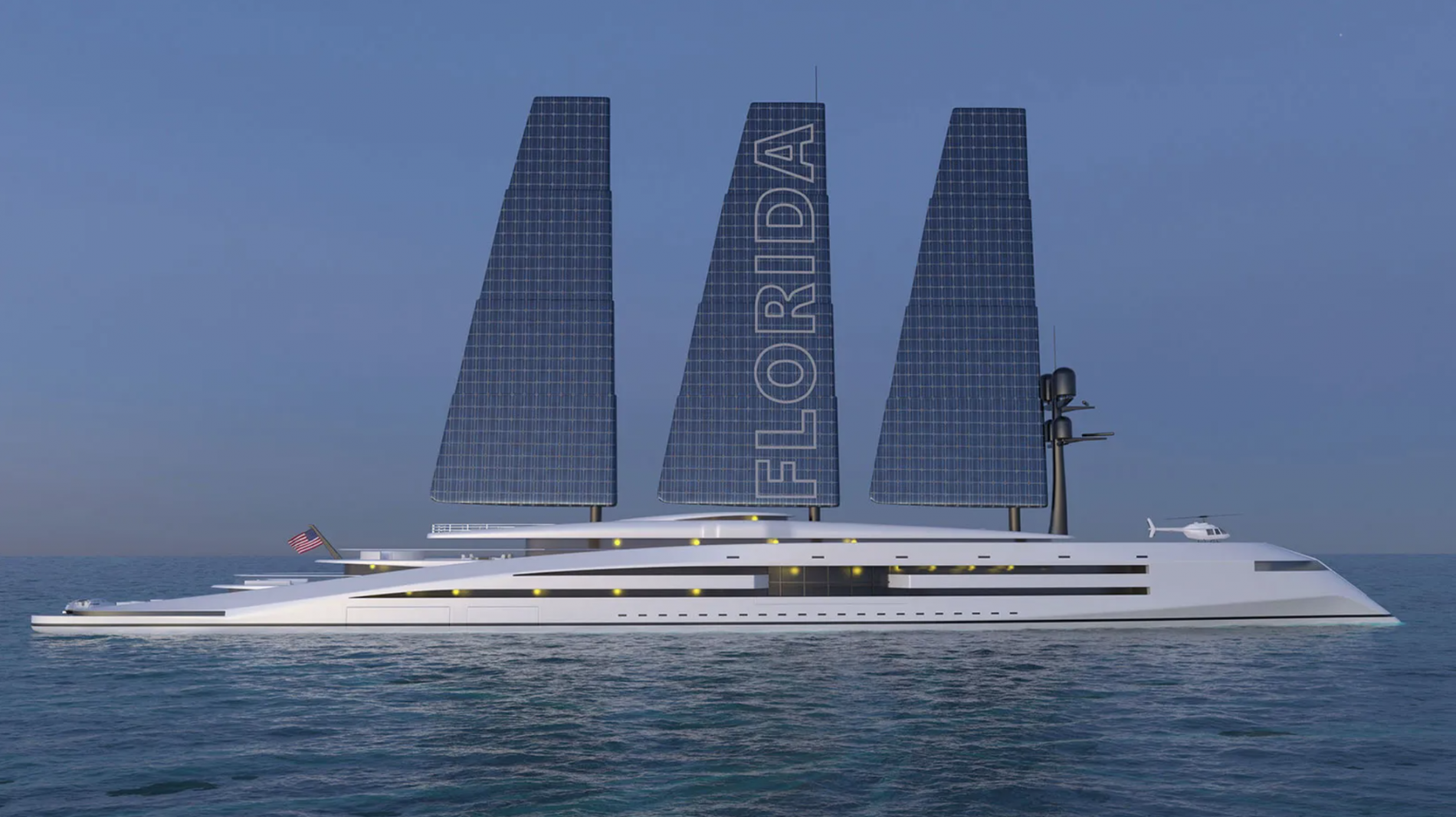 •    The most extreme superyacht concepts in the world

Strand, who places renewable energy sources at the centre of the design, dubbed the concept a “superyacht of the future”. Key to this is the “space-age technology” wing masts.

Constructed from carbon fibre, these three masts deploy 80m tall wing sails covered in solar panels, which automatically angle to catch the sun and allow the yacht to operate in “solar sail” mode in light wind conditions.
In breezier conditions, the yacht takes full advantage of its sails while still producing electric power from the solar panels which are stored in the battery bank and used for onboard hydrogen production.

The yacht is also fitted with hydro generators, which produce electric power when the yacht is under sail. In conditions of no wind or sun, the yacht can run on hydrogen power cells and is also equipped with a backup Genset system.

According to the designer, the yacht will produce more power than it uses in ideal weather conditions.
Elsewhere, Florida is packed with premium superyacht features, including a helipad on the foredeck, swimming pool aft and beach club on the lower deck. The garage is large enough to store a selection of tenders, including an amphibious and submersible tender, and a selection of off-road vehicles, Jet Skis and water toys.

The “Florida Keys style” interior design continues the eco-design theme, with the interior floors and carpentry constructed from reclaimed wood, vegan leather and furniture made from recycled plastics.