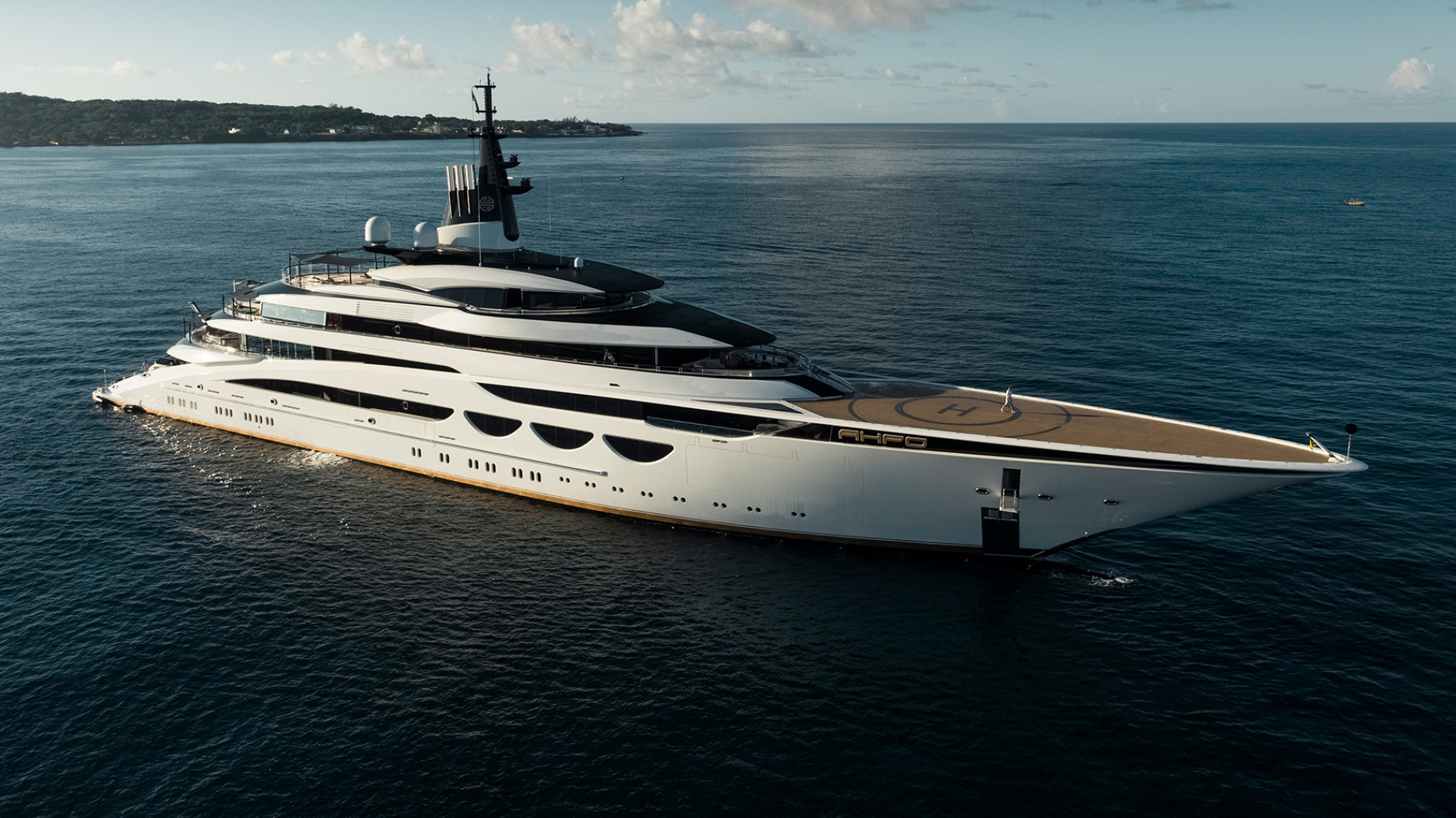 Lürssen Yachts has announced that the 115.1-meter superyacht Ahpo will be displayed at the Monaco Yacht Show this year.

Ahpo was launched last November and her interior design was kept under wraps until last month when she joined Moran Yacht & Ship’s charter fleet.

The 115-meter superyacht Ahpo is distinguishable by her timeless, elegant bow and graceful superstructure sweeping aft, which she most certainly met the brief of the repeat client. “For Lürssen, the task was to build a motor yacht for a repeat client, an upgrade from his 86-metre Lürssen, who had many years of owning and chartering different types of yachts behind him,” says Peter Lürssen.

Monaco Yacht Show 2022 will mark Ahpo’s world debut, and she’s set to be the largest superyacht on display at the event. Nuvolari Lenard was the creative mind behind her interior and exterior styling.

With an astounding 5,257 GT and seven staterooms, Ahpo has accommodation for as many as 14 guests, but her sheer volume allows her to cater for much larger social events.

Ahpo offers a wealth of amenities, including a generous screening room, a massage parlour, and a number of astounding dining and social areas.

Lürssen constructed her with a steel hull and aluminum superstructure and equipped her with twin MTU engines that allow her to travel at speeds up to 18 knots.

Lürssen was approached by a repeat client for the construction of the superyacht Ahpo. The owner previously owned an 86-meter superyacht built by the German shipyard and designed by Nuvolari Lenard.