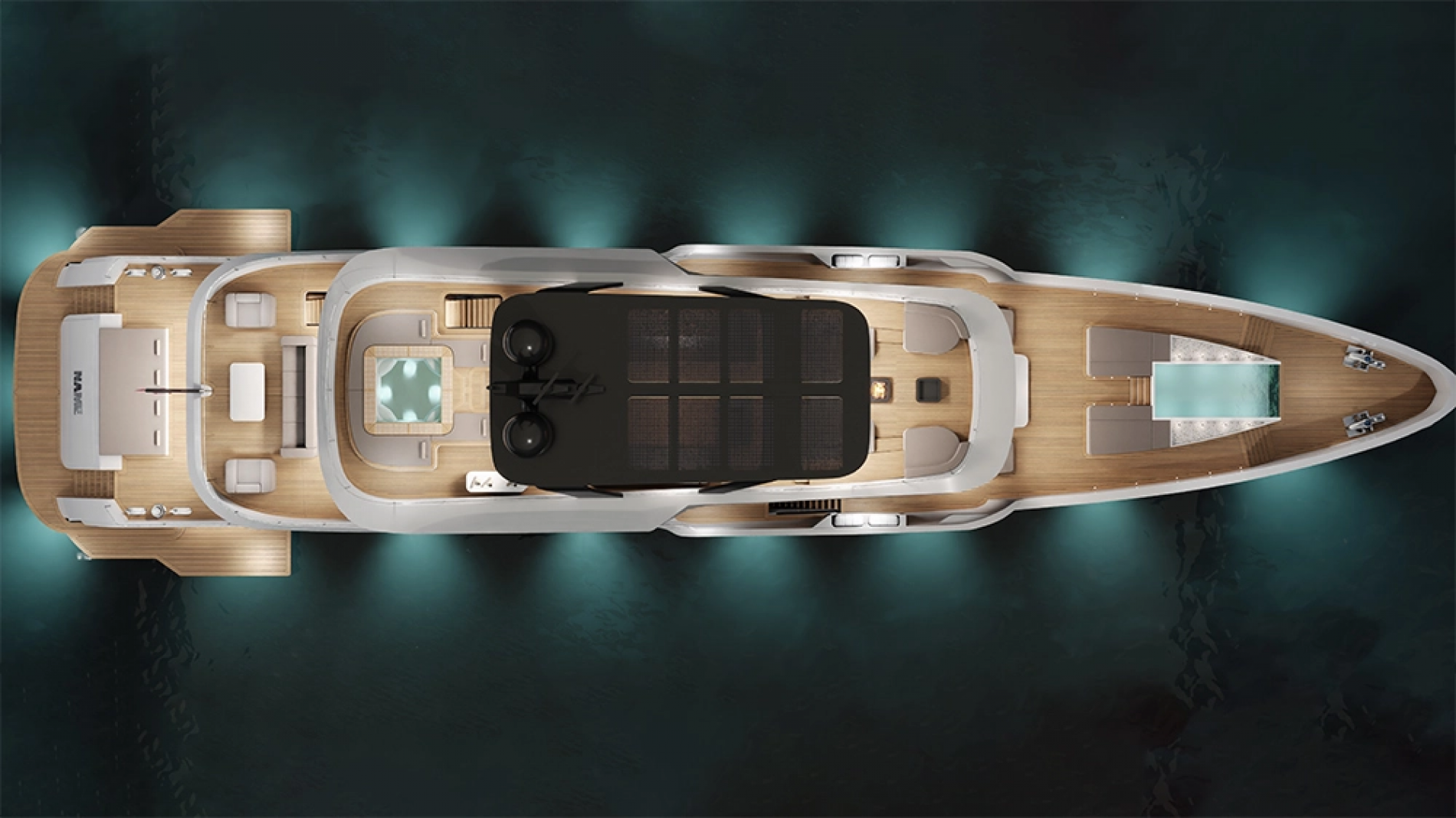 It’s not unusual for a superyacht to feature a pool on the aft deck these days, but BYD Group has decided to switch things up with its latest concept.

The Spanish design studio has just unveiled a vessel with a large swimming pool smack-dab in the middle of the foredeck that doubles as a helipad. The new BYD 50, penned in partnership with Atollvic Shipyard, was designed to “push the boundaries of efficiency and innovation in the yachting industry.”

To that end, the vessel is at the bleeding edge when it comes to propulsion. In addition to a full hybrid setup with azimuthal thrusters, it is equipped with four diesel generators, two fuel cells, a battery pack, and solar panels. As a result, the yacht offers an array of running modes, including diesel, full-electric, hydrogen, or a combination of all the above. It also generates clean enough, green energy to power the hotel load.

In addition, the team optimized the aerodynamics to reduce air drag and improve the overall efficiency. The slender 164-footer has a contained beam of 30 feet and a vertical bow to help it cut through the seas. As such, it is expected to have a cruising speed of 12.5 knots, a top speed of 14.5 knots, and an eco speed of 9 knots. It can also cruise autonomously for 5,500 nautical miles, according to BYD.

“A very important difference is that the yacht is studied and proposed to reduce emissions and gain energy efficiency,” BYD’s principal architect Tià Simó said in a statement.

Of course, the BYD 50 offers a good dose of luxury, too. The 499 GT interior sports five staterooms that can sleep up to 12 seafarers. The owner’s suite is located on the main deck, while the four remaining guest suites sit on the lower deck. Outdoors, there is a sunbathing area and a 12-seat dining table on the main deck, as well as a Jacuzzi and a bar on the flybridge. The beach club sports fold-out platforms and a garage for a 27-foot tender.

BYD says it can supply an in-house designer for the build, but prospective owners are also free to bring external designers.

“It will take three years for us to build this new superyacht, so if we start this summer the boat will be launched in 2025.”

All that’s missing is a buyer.