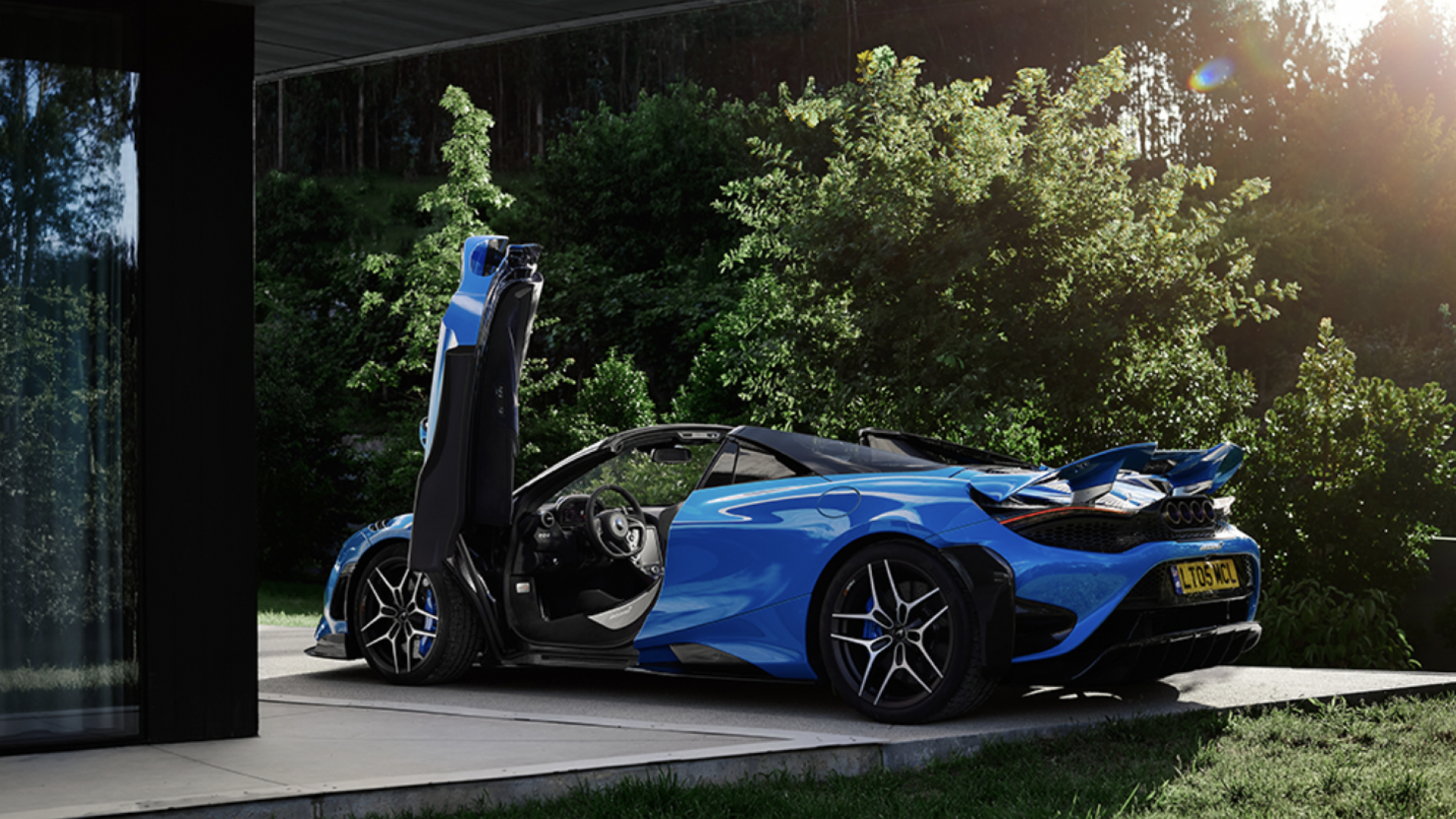 A vehicle for those who love warm weather just as much as going fast.

The McLaren 765LT may be a minimalist speed machine designed for track dominance, but that doesn’t mean the marque is afraid to have some fun with it.

Just look at the new variant the British automaker unveiled on Tuesday—the 765LT Spider. Bringing 755 horses and a retractable, the brand’s latest model is its fastest drop-top yet.

Some convertibles look markedly different­ than their hard-top counterparts, but not the 765LT Spider. That’s because of a one-piece carbon roof panel that allowed McLaren designers to hold on to the rest of the 765LT’s bold, flowing shape. That roof is easy to use, too, raising and lowering in just 11 seconds, according to a press release. The automaker also says you can operate it at speeds of up to 31 mph, which means you can decide to drop the top on the go.

It won’t surprise anyone to learn that the 765LT Spider has more headroom than the base model, but McLaren says this is true even when the top is up. There are two possible drawbacks to its retractable roof­, though. One, it bumps the car’s overall weight up by 108 pounds to 3,060 pounds. Despite this, the vehicle still comfortably qualifies as ultra-light rocket. Second, you’ll have to pay extra for air-conditioning or a sound system. Still, for those who like to drive with the wind in their hair, we’re guessing those are sacrifices they will gladly make.