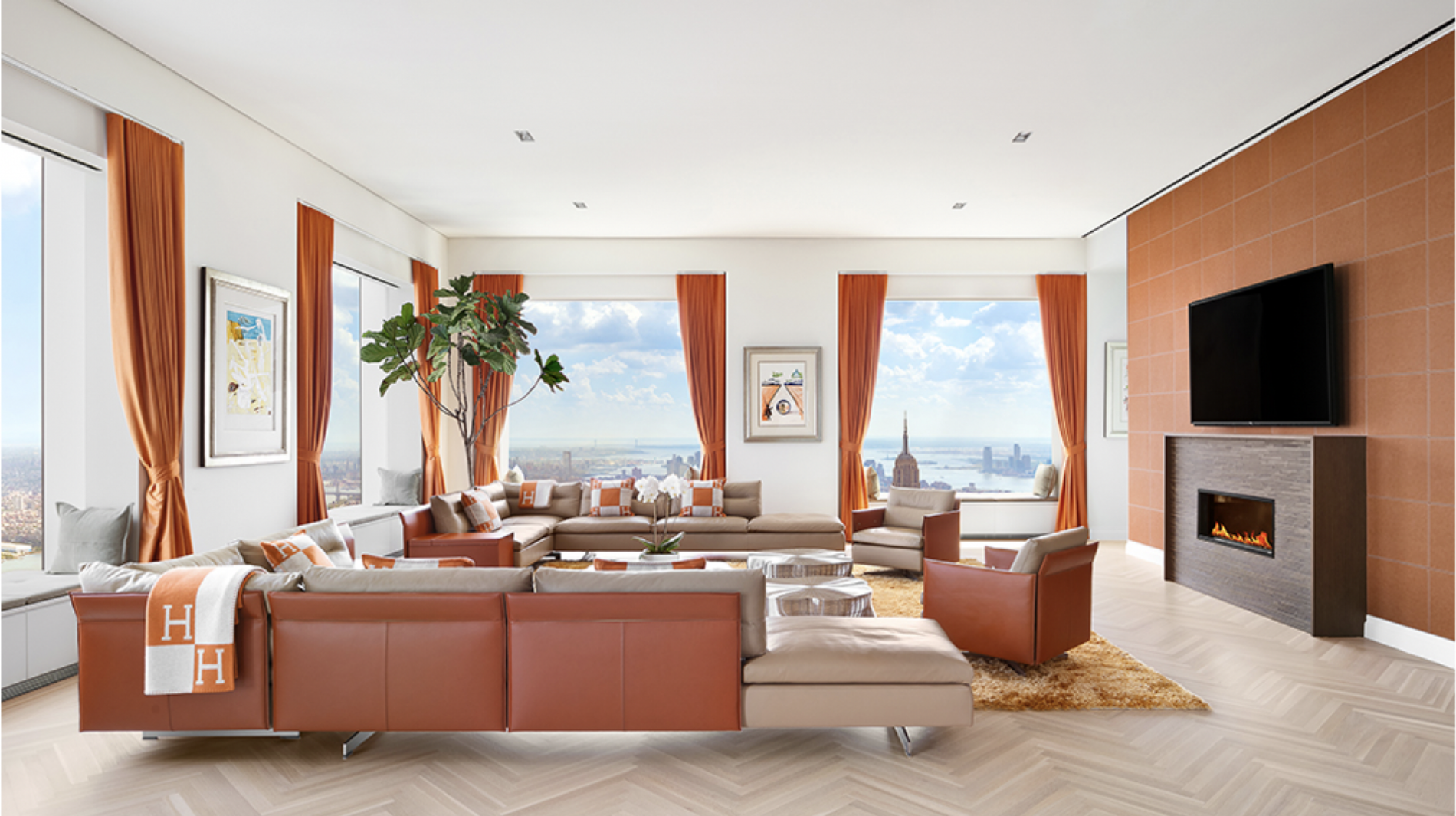 THIS SPRAWLING $169 MILLION PARK AVENUE PENTHOUSE IS THE MOST EXPENSIVE LISTING IN NYC.

But at least it comes with all its designer furnishings--including a custom piano.

They don’t call it Billionaires’ Row for nothing.

The top-floor penthouse at the notorious 432 Park Ave. has just listed for a whopping $169 million. If it sells for anywhere close to asking, it will be the second-most expensive home in Manhattan behind hedge-funder Ken Griffin’s $238million penthouse at the nearby 220 Central Park South. But that’s a big if.

Not to say the 8,225-square-foot apartment doesn’t have anything going for it. All the views here are spectacular, as the unit is on the 96th floor of a Rafarl Viñoly-designed building that’s nearly 1,400 feet tall. To take advantage of that, there are 24 windows throughout the property that give a bird’s-eye view of Central Park and the rest of the city.

It’s a six-bedroom, seven-bathroom home with a separate library for working from home (or just catching up on some light reading), plus a private elevator landing. Also part of the big-ticket price tag is all the furniture, which includes pieces from Hermès, Fendi and Bentley, as well as a custom piano that has a small brass plate printed with “Penthouse 96” on its side.

The primary suite includes two walk-in closets. Also in this wing are two separate bathrooms, each with floating tubs that overlook the city below.

But the penthouse wasn’t always peddled for this much. It was first purchased for $87.7 million in 2016, nearly half of what it’s now asking. Billionaire real-estate developer Fawaz Alhokair was the buyer, though he never actually lived in his new stratospheric digs. Alhokair was also the buyer of Billionaire, the tricked-out Bel Air mansion that sold for $94 million in 2019 after initially asking for $250 million years before.

It’s not all sunshine and roses. 432 Park has come under fire this year for reported engineering problems that have caused larger issues such as leaks. You may be above all that in the 96th-floor penthouse, but it’s worth considering all the factors before dropping $169 million on the place.