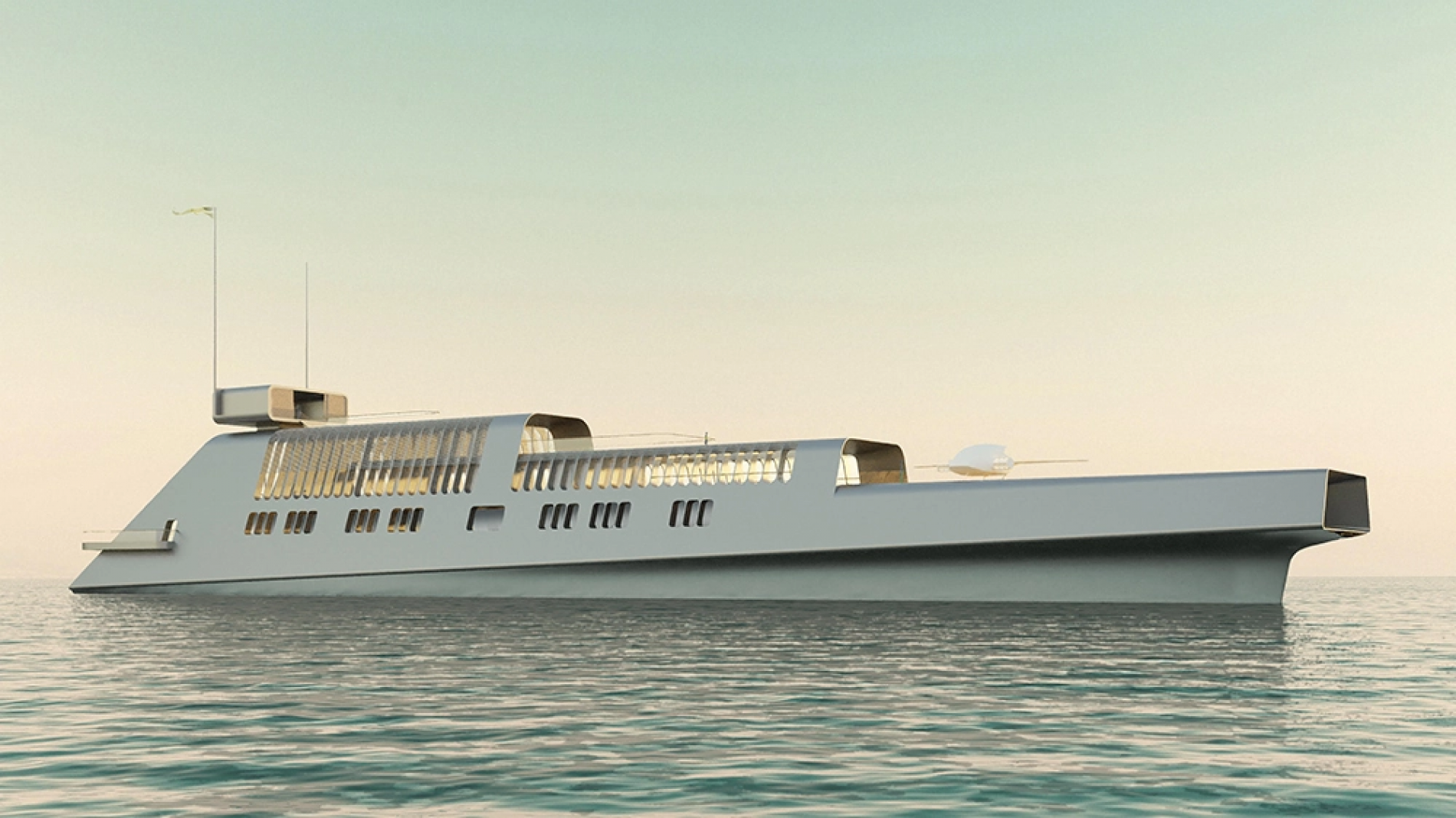 We’ve seen plenty of shark-themed boats before, but State of Craft wants to give the world its first shark-like superyacht.

The multi-disciplinary design studio unveiled a new concept last Thursday inspired by the elegance and power of the Mako shark. The long-range explorer, known simply as Mako, spans some 394 feet from tip to tail and sports a sleek, silver hull that mirrors its namesake.

“The efficiency and beauty of the sleek, sculptural shapes of Mako sharks served as an early inspiration for the concept,” State of Craft’s principal and founder Daniel Goldberg told Robb Report via email. “I wanted the hull and superstructure, interior and exterior spaces to all be highly integrated into an overall volume with a continuous surface.”

The ice-class expedition vessel is at the bleeding edge of sustainable design, too. The vessel is envisioned with hydrogen fuel cells, electric engines, batteries and solar panels that together allow it to cruise the seas sans carbon emissions. That should keep Mako’s fellow sharks happy. (Performance specs have not been shared at this stage.)

The generous interiors, meanwhile, eschew conventional right angles for curving lines and sloped walls. Naturally, the layout can be customized to meet the needs of commercial outfits or private explorers. As standard, though, you can expect a light-filled, double-height space called the Studio at the heart of the vessels. With large windows and plush seating, it’s kind of your own floating living room.

Outside, the cantilevered aft deck wraps around the yacht’s hull to give seafarers sweeping 270-degree views while suspended above the water. Elsewhere aft, there is a large sunken seating area or “island,” a wide beach club and a garage where tenders can be stored and moored.

Another highlight of Mako is the Pavilion. Floating above the top deck, this multi-purpose area is sheltered by sliding, perforated screens and could be used as a sky observatory, panoramic lounge, fitness studio or yoga space. Of course, the yacht also offers a pool and helipad.

State of Craft, which has offices in both London and Ottawa, has worked on a myriad of residential developments and private homes over the past decade. This is, however, the firm’s first foray into superyacht design. It’s certainly not a bad first attempt, either.