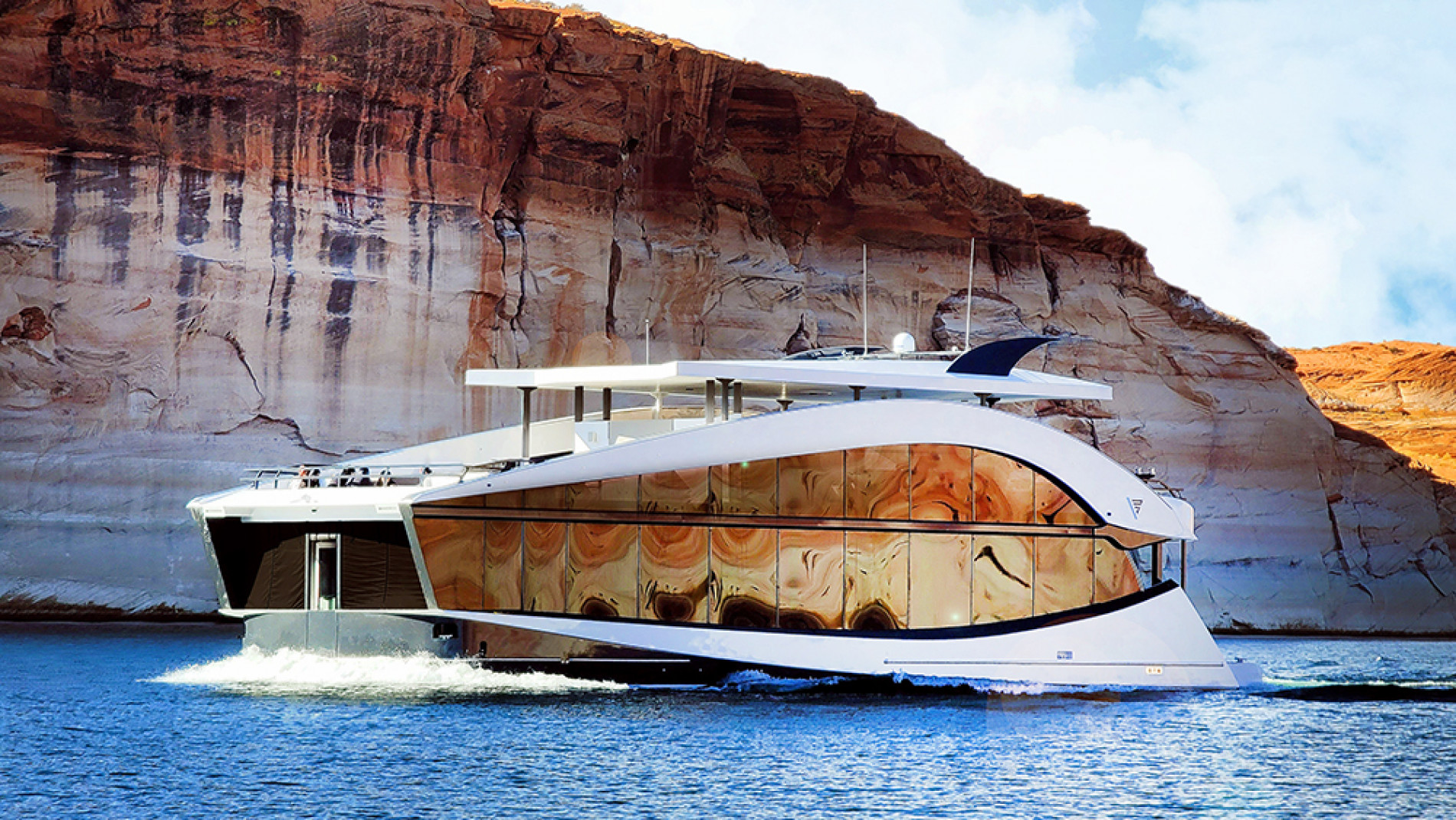 The term “freshwater yacht” was an oxymoron until J. David Weiss designed Invictus, a futuristic 80-footer that redefines large houseboats. Having penned dozens of oceangoing superyachts for Europe’s leading builders, Weiss was given carte blanche by Arizona-based Bravada Yachts to create a new freshwater category. “The designs have typically been boxy, bloated RVs,” he says. “The good news is their scale can provide a custom yacht experience.”

The nearly $2 million Invictus has 3,200 square feet of space across two decks. The sprawling interior, with nine-foot ceilings, includes five staterooms, two full kitchens, customized daybeds and, true to its lake-boat DNA, a 15-foot water slide, while omnipresent glass delivers exceptional water views. Since even big lakes experience minimal wave action—at least compared to ocean swells—Weiss was able to push certain aspects of the design. “Bringing glass so low to the waterline is unheard of on a superyacht,” he says. “Those kinds of differences let us explore what was possible” within the new category."

Weiss expects a rapid evolution in the segment, with ever-larger and more elaborate designs. “It’s a great opportunity to move beyond the best-in-class designation and instead design a whole new class,” he says. “We’re really trying to do justice to what  these vessels should look like in the 21st century.”

Bravada is entertaining a proposal for a 120-footer complete with helipad. “We’re also designing one for a music label with a recording studio on board,” he says. “The owner wanted unusual features and colors, and we’ll be delivering that.”