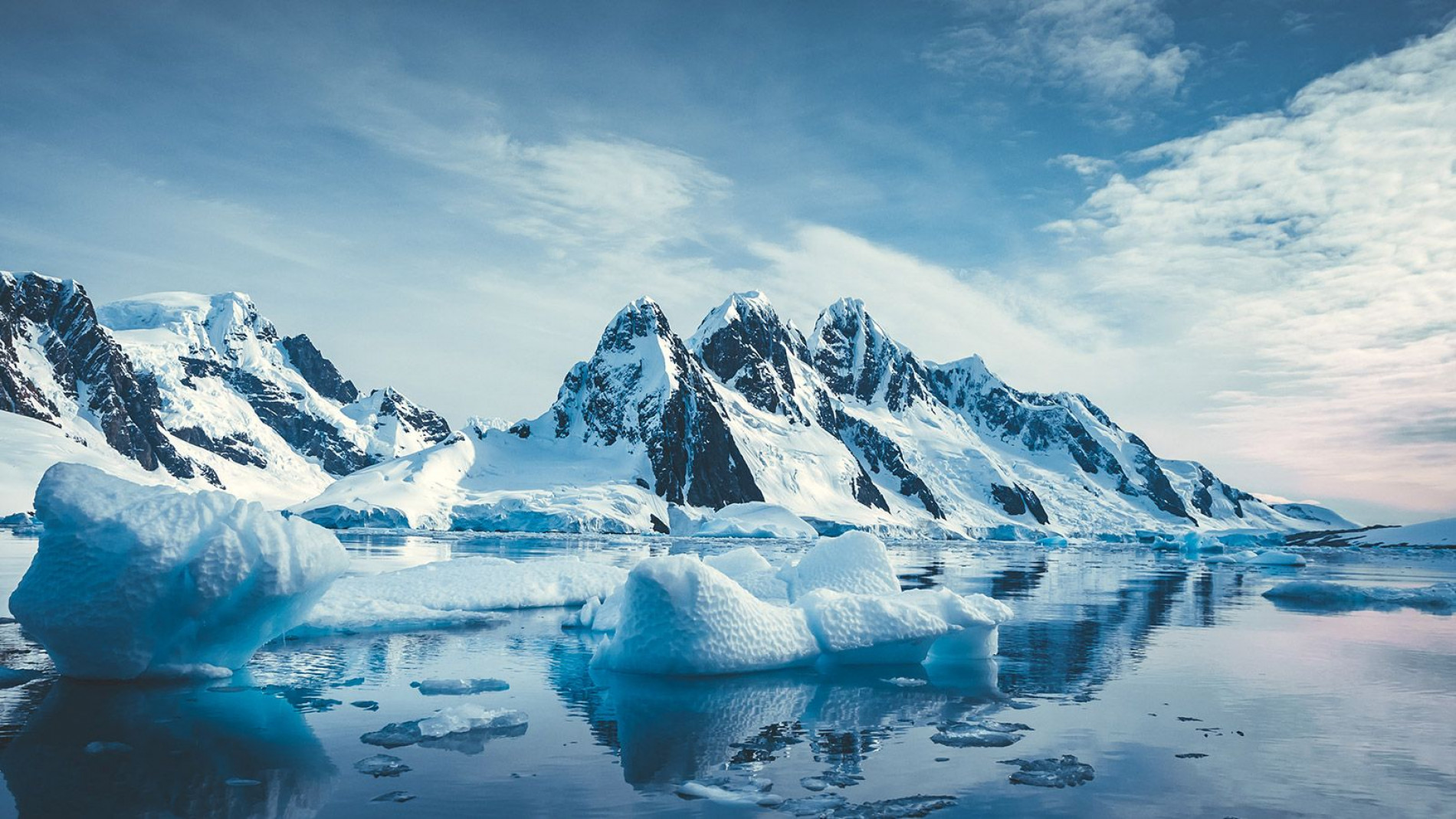 MISSION IMPOSSIBLE: YACHTING IN THE WORLD'S MOST DANGEROUS DESTINATIONS

There’s off the beaten track and then there’s “are you serious?” But, says Sam Fortescue, a whole host of dangerous travel zones are now viable destinations for the adventurous superyacht owner planning their next voyage...

Some of the world’s most remote and challenging destinations are beginning to give up their secrets to savvy superyacht owners, who take the time and the effort to mount expeditions there. With the growing capabilities of explorer yachts, there are now few places on the globe to which you can’t venture – from the Ross Sea to theNorthwest Passage.

And yet it is the challenge posed by mankind itself that is the biggest limiting factor in exploration terms. Conflict zones, poor security and even nuclear testing put some places out of reach. Many of these cruising grounds require specialist knowledge from guides or pilots, as well as local contacts to help obtain permits. That’s why most owners turn to an experienced expedition company to do the legwork for them. The costs can extend into the millions but, as Nick Davies of Cookson Adventures points out, that is usually small beer compared to the value of the yacht. “People want to invest in experiences, not just things,” he says. “The key to all these is planning, planning, planning and building contingencies. You don’t want to decide to go in a gung-ho way.”

Extra security may be appropriate around the Horn of Africa, for instance, but it’s not just a case of shipping more muscle. Yachts are always advised to follow best management practices (BMP). Medical contingencies need to be carefully considered in case someone does fall ill, and even the basics such as provisioning can pose a challenge. Parts of Papua New Guinea, for instance, are two days from a decent hospital, even with a chopper.

Sandwiched between Somalia, Ethiopia and Eritrea, Djibouti is located in East Africa, not far from the pirate waters of the Gulf of Aden. Its coastline and the richness of its marine fauna is the real draw. “Djibouti is incredibly interesting and a great spot for whale sharks,” says Nick Davies of Cookson. “But it is off grid. You’d want to think carefully about going.”

Somali piracy is still a threat, but it is vastly reduced compared to 2008 to 2012. According to figures from the EU Naval Force Somalia, one pirate attack has been reported so far this year, and there were two in 2018. This has emboldened some to declare that it no longer represents a threat, although superyachts in the region are still strongly advised to follow BMP protocols and many still carry armed guards.

This small coral deposit 3,000 kilometres north of Vanuatu in the Pacific Ocean has given its name to the ubiquitous swimwear, but something more sinister is its true legacy. In the 1940s and 50s, it was the site of more than 20 nuclear tests by the US, leaving Bikini itself, plus many neighbouring islands, dangerously radioactive.

With the passage of time, there have been various attempts to establish tourism on Bikini but, at present, there is just an occasional visit from a live-aboard dive ship. Diving is the star attraction here as the sea life has grown abundant after 60 years without human interference – nowhere more so than among the “ghost” fleet of sunken US naval ships used as targets for the nuclear tests. You won’t find anywhere else on the planet where you can get up close to so many wrecks in one spot.

In 2016, researchers from Columbia University found that radiation levels on Bikini were 20 times higher than in New York, and nearly twice the safe long-term maximum, making it unsuitable for habitation. This is bad news for islanders who wish to return, but thankfully not dangerous for visitors.

Complete self-sufficiency is a must, as food and water available on the atoll is not safe either, making it an ideal destination for an explorer yacht. “We have run trips there, but it’s not on everybody’s radar,” says Rob McCallum of EYOS. “For most people, the radioactivity is off-putting. Those that do go there are almost exclusively divers. All the wrecks are open, but you have to run through the permitting process.”

A large island covering more than 3,600 square kilometres of arid, rocky land off the notorious Horn of Africa, Socotra is part of Yemen, which is knee-deep in a vicious civil war. But expedition organiser Pelorus says that the island itself is safe. “Socotra has not seen conflict on its shores,” says co-founder Geordie Mackay-Lewis. “The level of marine traffic passing makes it a perfect potential yachting destination, and one that we are really excited about.”

He also says that the threat of piracy in the region is not as significant as it has been. “The area is much more stable [now]. But we work with partners such as Veritas to ensure we have the correct level of information and security at all times.” There is no yachting infrastructure yet, but Pelorus works with local governments to ensure the necessary support is in place.

The island offers the tenacious traveller astonishing flora and fauna found nowhere else on earth, and is particularly verdant after the September rains. Top of the list are the dragon’s blood trees, as well as aloes and the rare Socotran pomegranate. “The destination also offers spectacular diving, white-sand beaches and beautiful, dramatic rock pools in the highlands.”

Long associated with drug-fuelled crime and isolated incidents of piracy, the coast from Venezuela to Panama is now a viable proposition, according to Nick Davies of Cookson. He particularly favours Colombia, which offers lush Amazonian rainforest, great coffee and prehistoric ruins. “The days of FARC and civil war are long gone, and now the country is opening up to mainstream tourism,” he says. “Yachts are starting to go to Cartagena and you can combine a trip down there with Panama’s San Blas Islands, or the Corn Islands of Nicaragua.”

As ever, the key is in the planning and working with knowledgeable locals. “You need expedition teams with local guides and the right contacts to get permits and get off the boat and explore,” he says. “The waters here aren’t that tricky for local pilots.”

Wedged in between Cameroon and the Democratic Republic of the Congo, Gabon offers unparalleled wildlife spotting, according to Nick Davies of Cookson. “There are lowland gorillas, chimpanzees, mandrills, elephants and hippo sightings on the beach, as well as endangered species like the ground pangolin.”

Gabon itself has oil revenue and is reasonably solid. But permits can be a nightmare to organise, Davies says. And there are still some serious piracy issues a little to the north in the Niger Delta. “Any trip would be on a case-by-case basis, undertaking full risk assessments,” he adds. “But travel to this region by yacht would be truly expeditionary and there would be many world-first experiences to explore here. Gabon is known as the Eden of Africa. An explorer yacht with a helicopter would make an interesting platform from which to explore.”

There is growing demand for submersible trips, according to the major expedition organisers, including visits to look at the teeming life around volcanic vents on the seabed. While many of these are located kilometres below the surface, mid-ocean, there are some closer to land.

Off the Aeolian Islands near Sicily, for instance, volcanic vents can be found just 150 metres down. “You need a lot of specialist input,” says Nick Davies of Cookson. “Hot volcanic vents and submersibles are not always a good mix.”

Greater availability of submersibles capable of deep dives is opening up such possibilities now, notably the advent of Triton’s superyacht subs, capable of dives in real comfort to 2,300 metres. The company has even designed a one-off sub that can dive to 11,000 metres. It is for sale now at a shade under $50 million.