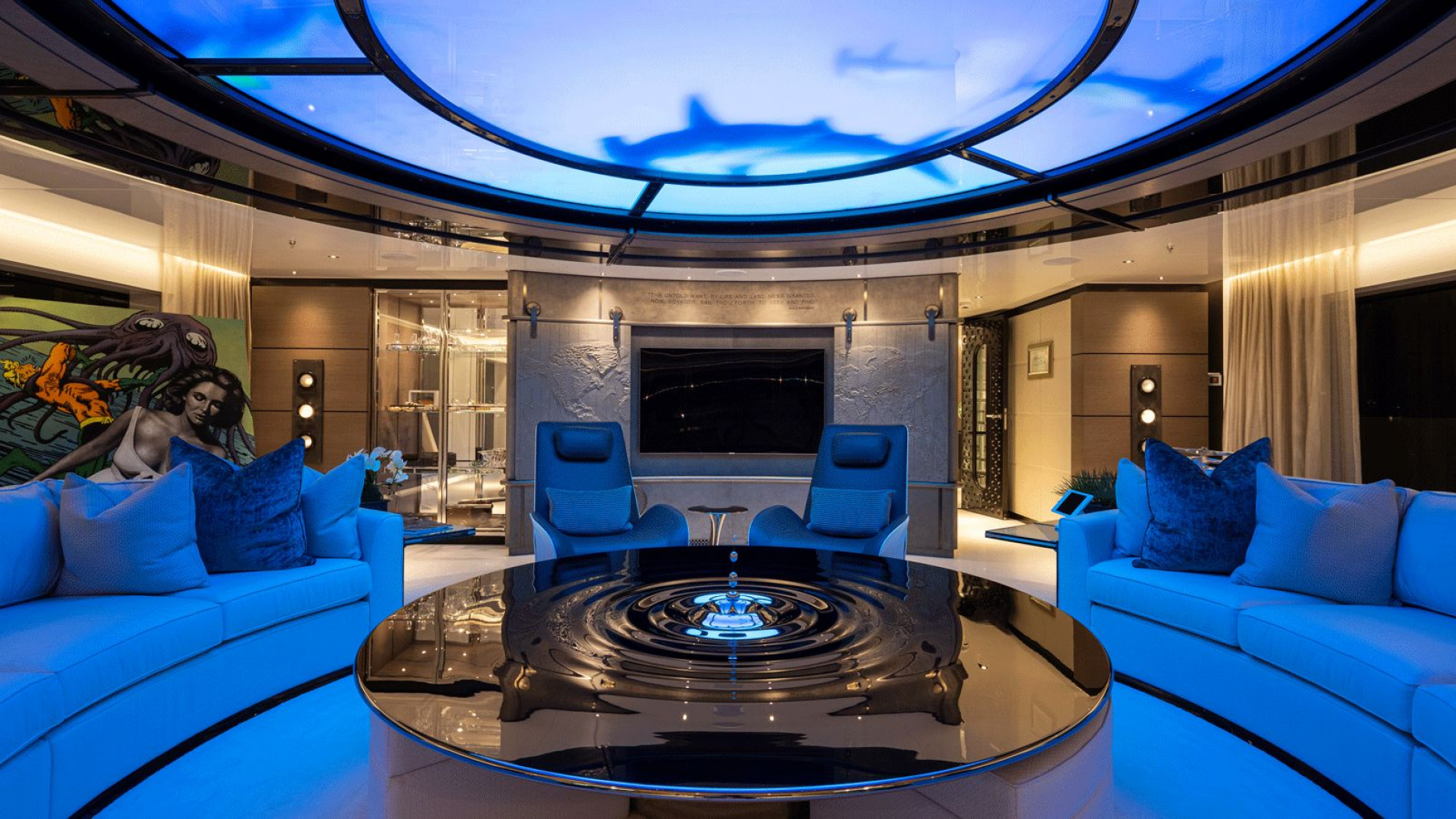 WHY SCOUT IS ONE OF THE COOLEST EXPLORERS IN THE WORLD

Launched in December 2018, Scout– the flagship of Dutch shipyard Hakvoort at 63.72 metres – is the embodiment of an experienced owner’s exacting and fun brief. “We knew we did not want the white wedding cake look. We don’t have a need to conform; we don't take ourselves that seriously,” the owner’s partner told BOAT International. Instead the owner was looking for a commercial aesthetic and turned to H2 Yacht Design to bring his vision to life.

“The client was closely involved throughout the whole process and had a very clear idea of what aesthetic he was looking for both inside and out. [He] challenged all of us at the studio and the yard to think outside of the box, and the result is one of the most interesting projects of my careers,” says Jonny Horsfield, founder of H2 Yacht Design.

The exterior has a utilitarian look. The high freeboard acts as a barrier between the elements and Scout’s exposed tenders on the foredeck, which are tucked behind a helideck perched on the bow. Aft of the Ice Class bow, the bulwarks are cut down to give the main deck living spaces big views out. Forward-sloping windows on the owner’s and bridge decks complete the trawler aesthetic. This distinctive styling is partnered with a vintage maritime themed interior heavily influenced by the iconic 1950’s film 20,000 Leagues Under the Sea. “We were inspired by the underwater world, sea creatures, and this industrial, nautical design philosophy – with a hint of a Bond villain’s lair,” says Horsfield.

With a beam of 11.6 metres, Scout accommodates eight guests across four staterooms on the main deck and a dedicated owner’s deck above. Crew accommodation, meanwhile, is found on the lower deck and includes two staff cabins in addition to the crew’s quarters. Each guest cabin is designed with a specific nautical theme with a huge amount of focus placed on the details, down to the door handles that look like repurposed cleats. Throughout the corridors there are flashing lights in the ceiling, which is a nod to the pulsing lights of the submarine’s power source in the sci-fi film.

The focal point of the main saloon is an interactive LCD ceiling that mirrors the outside environment, like a virtual skylight programmed with hundreds of images. Real skylights are found in the bright observation lounge forward. Under one of these swims a sculpture of a giant squid, created by Alastair Gibson from carbon fibre and Formula 1 car parts.

Highlights of the exterior living space include the expansive sundeck with unobstructed views fore and aft and a main aft deck with sliding walls that can create a winter garden with heating if needed. This comes in handy since this world explorer with 4,800 nautical mile range has the capability to travel far beyond yachting’s usual playgrounds.