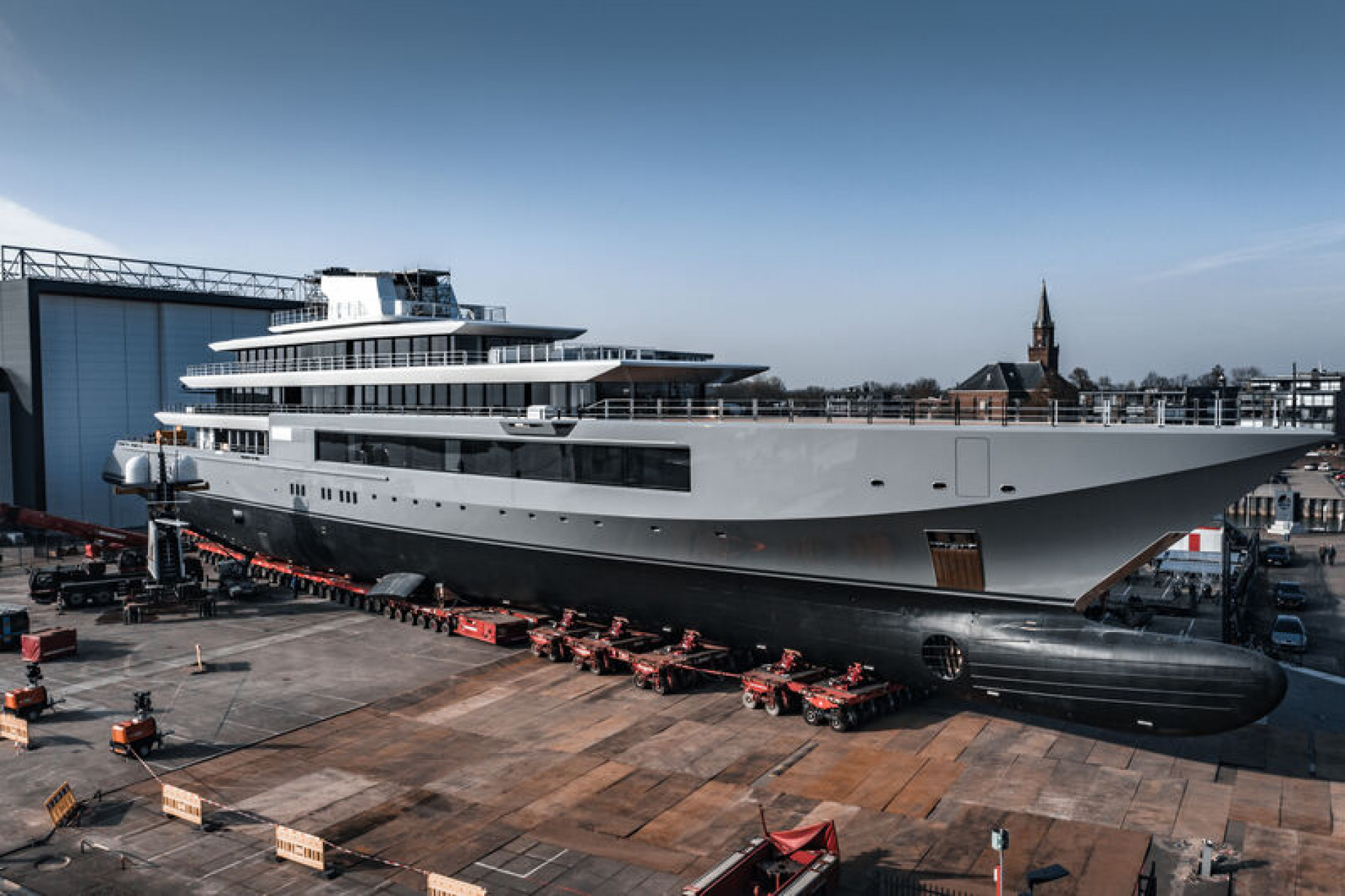 Oceanco has launched its latest project, the 109-metre motor yacht Y720, from its facilities in Alblasserdam. She represents a milestone for Oceanco as she is the first project to undergo construction work in the 2019 acquired shipyard in Zwijndrecht. She was then moved to Alblasserdam, the facility designed to have a minimum impact on the environment, where she was outfitted.

Y720 has a classically proportioned profile and features a prominent use of glass with the main, bridge and upper decks all wrapped by large glass windows. The owner has played a key role throughout the design process, ensuring that the 4,500 GT yacht meets his personal requirements. The yacht has been engineered with technologically advanced environmental systems that exceed current regulations.