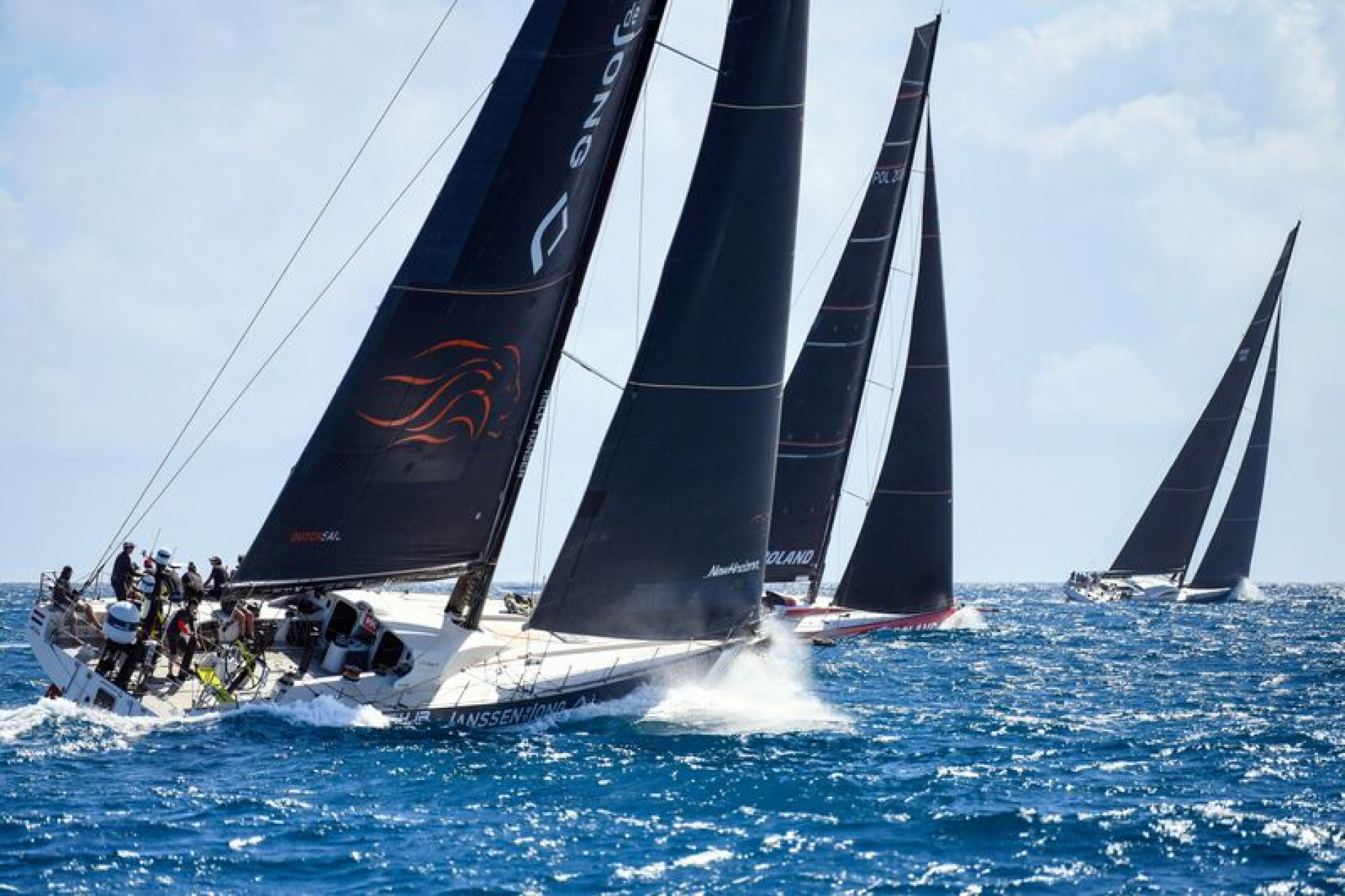 The regatta is set in the waters of the Caribbean and sees competitors compete for four days of world-class racing in idyllic conditions starting off in the Franco-Dutch island of Simpson Bay. The competitors this year recall the event with a wry smile and brag about “how they survived it” as conditions were against them.

The brisk conditions saw the prevailing boats being those that are geared up for sailing around the planet. The regatta attracts many former Volvo Ocean Race yachts and competing around the four day ultra-lively course this year were four VO70s and four VO65s. As well as this saw Farr 100 Leopard 3 and Botin 85 Deep Blue compete for the win. But it was the V065s and VO70s that took the podium spots, separated by just one point after four races.

However, it was Robert Gwózdz and Marcin Sutkowski of the Gdynia-based VO65 Sailing Poland that claimed the title by winning both Saturday and Sunday’s races despite facing tough competition from skipper Jelmer van Beek of Janssen de Jong-Dutchsail. The tactics onboard Sailing Poland were called by Volvo Ocean Race legend Bouwe Bekking, who found himself racing against his old steed Janssen de Jong-DutchSail.

“It has been a very good week and a lot of fun, because it has been a very competitive class with all the VO65s and VO70s, plus Leopard 3 and Deep Blue,” said Bouke Bekking. We were very rusty in the beginning, but we had a fantastic week and winning is always nice, especially for the owners and their guests, he added.

It wasn’t plain sailing for everyone though with Deep Blue facing a challenging week racing in brisk conditions for the first time in their still relatively new Botin Partners 85. On the final day, they suffered their first significant technical setback as they faced some hydraulic gremlins and couldn’t trim any of the sails, so they had to travel most of the beat with untrimmed sails. Wendy Schmidt and her crew on Deep Blue carried on but the issues continued and they chose to retire.

“We were able to get around the mark first and did the reaching leg and the team did a spectacular gybe set. It was still pretty windy. Then the same hydraulic issue popped up and we had to shut the entire system down.” explained Deep Blue’s American tactician and project manager Rob MacMillan.

Wendy Schmidt and her team are St Maarten Heineken Regatta regulars. While this was their first time here in Deep Blue, they previously competed in Schmidt's Swan 80 Selene, winning the Maxi class in 2019.

“It is one of our favourite events in the Caribbean – big wind, blue water, bright skies. There is a good energy with the mix between bareboats and maxis. Sailing in a 10-boat class is always fun with boats this big. This is a good event for more maxis to come.” added MacMillian.