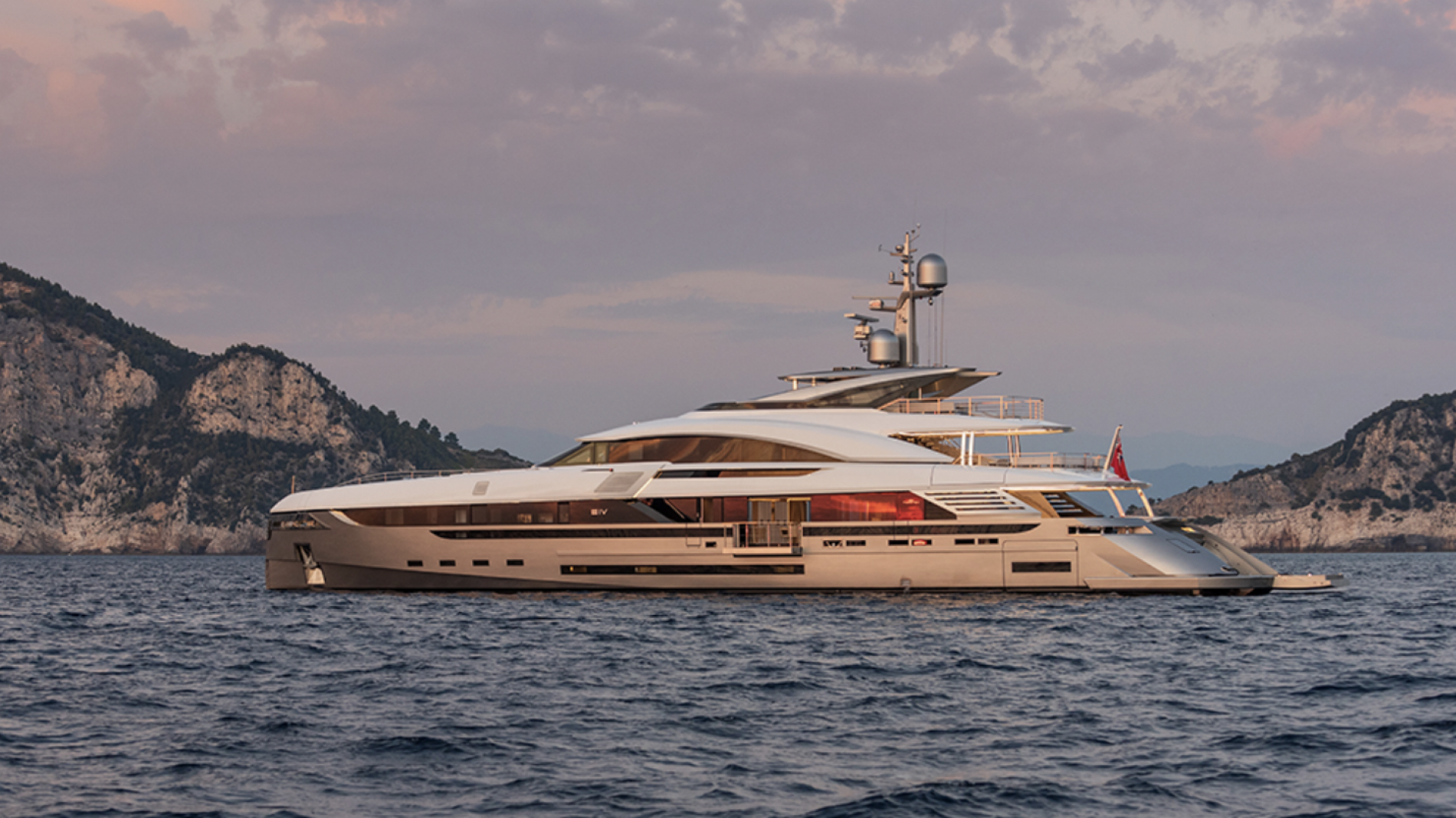 After two long years and two name changes, Rossinavi has finally delivered its superyacht EIV. The fast displacement 164-footer, previously known as Project Vector 50, was launched during a private ceremony at the Viareggio shipyard in June but is now in the hands of her new owner and ready for ocean adventures.

Commissioned by an American client in 2018, who was introduced to the Italian yard by Dean Anthony of Allied Marine Superyacht Division, the vessel seamlessly blends classic Italian design and top-notch American ingenuity.

She features a bellissimo interior and exterior, which was penned by Enrico Gobbi’s Venice-based studio Team for Design, along with technological and mechanical components from the US. The tri-deck design sports sleek lines, a svelte silhouette and air vent grills similar to that of a sports coupé.

The interiors have just been revealed in picture form and prove to be the vessel’s real standout feature. The generous open-plan space is at once understated and elegant. It showcases an array of opulent materials, like marble, leather, onyx and bronzed brass metal, but isn’t overly flashy.

Gobbi also designed the majority of the decorative light fittings and furnishings. These statement pieces are finished in fabrics by some of our favorite luxury brands, such as Hermès, Rubelli and Armani Casa, to name but a few.

EIV can sleep up to eight guests across four lower-deck double cabins with en-suites and one full-beam master suite that includes an ensuite and private terrace. If you can tear yourself away from the striking interior, the superyacht is also equipped with an oversized swimming pool on the sundeck, along with a wet-bar and sun pads for requisite chilling.