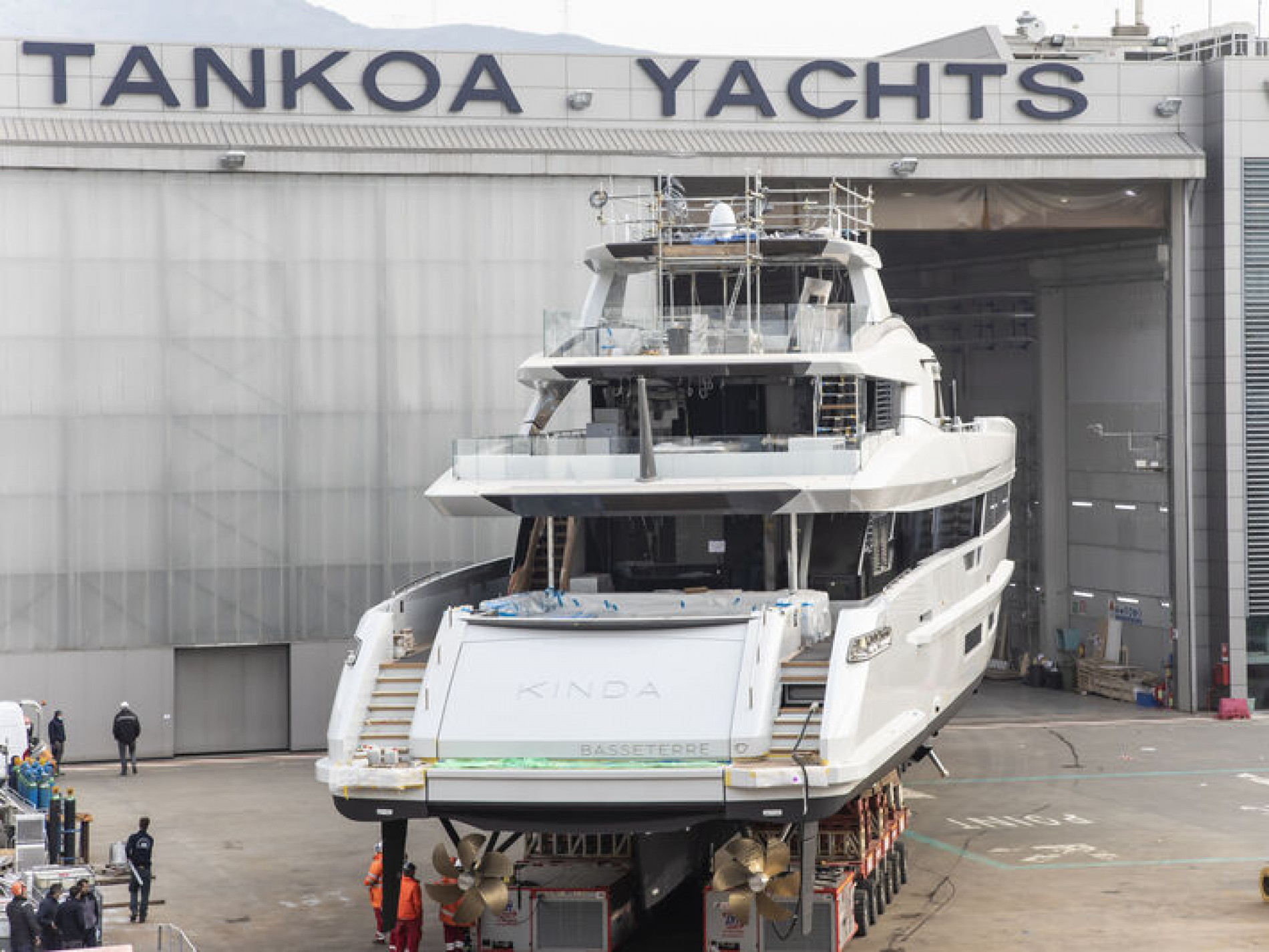 Tankoa Yachts has successfully launched Kinda, the 4th hull from its S501 series. The 49.99-metre motor yacht, which sports an exterior and interior design by Francesco Paszkowski, made her first splash last Saturday as she entered the Genovesian waters from Tankoa’s facilities. Tankoa started construction of Kinda on speculation, and she is the first from the series to feature a swimming pool on the main deck forward. Kinda is equipped with twin MAN engines and a hybrid propulsion system, much like her sistership Bintador, that offers three cruising modes: diesel-mechanical, diesel-electric and full-electric. “As our second yacht with hybrid propulsion, this launch confirms we are at the forefront of technological research in order to meet the needs of even the most sophisticated owners,” says Tankoa CEO, Vincenzo Poerio. “This time we used the MAN / Siemens system and we are very satisfied with the performance in the various configurations.”

According to the shipyard, the hybrid system not only reduces fuel consumption, but also improves comfort while cruising. The hybrid system also means that Kinda can access certain protected areas which yachts with a more traditional system cannot.

Kinda boasts an impressive 499 GT of interior volume and has a five stateroom configuration, making her the perfect companion for up to 11 guests. Francesco Paszkowski also made space for up to nine crew, who’ll reside in one of her five crew cabins.

Tankoa will complete the outfitting of Kinda at its shipyard and is on schedule to deliver her in late April. The Italian shipbuilder is busy underway with the fifth hull from the series, which is expected later this year, and they’ve already started constructing the sixth on speculation.

Other projects under construction include the T580 designed by Paszkowski, the first T55 Sportiva by Luca Dini and the T450 by Giorgio M. Cassetta.