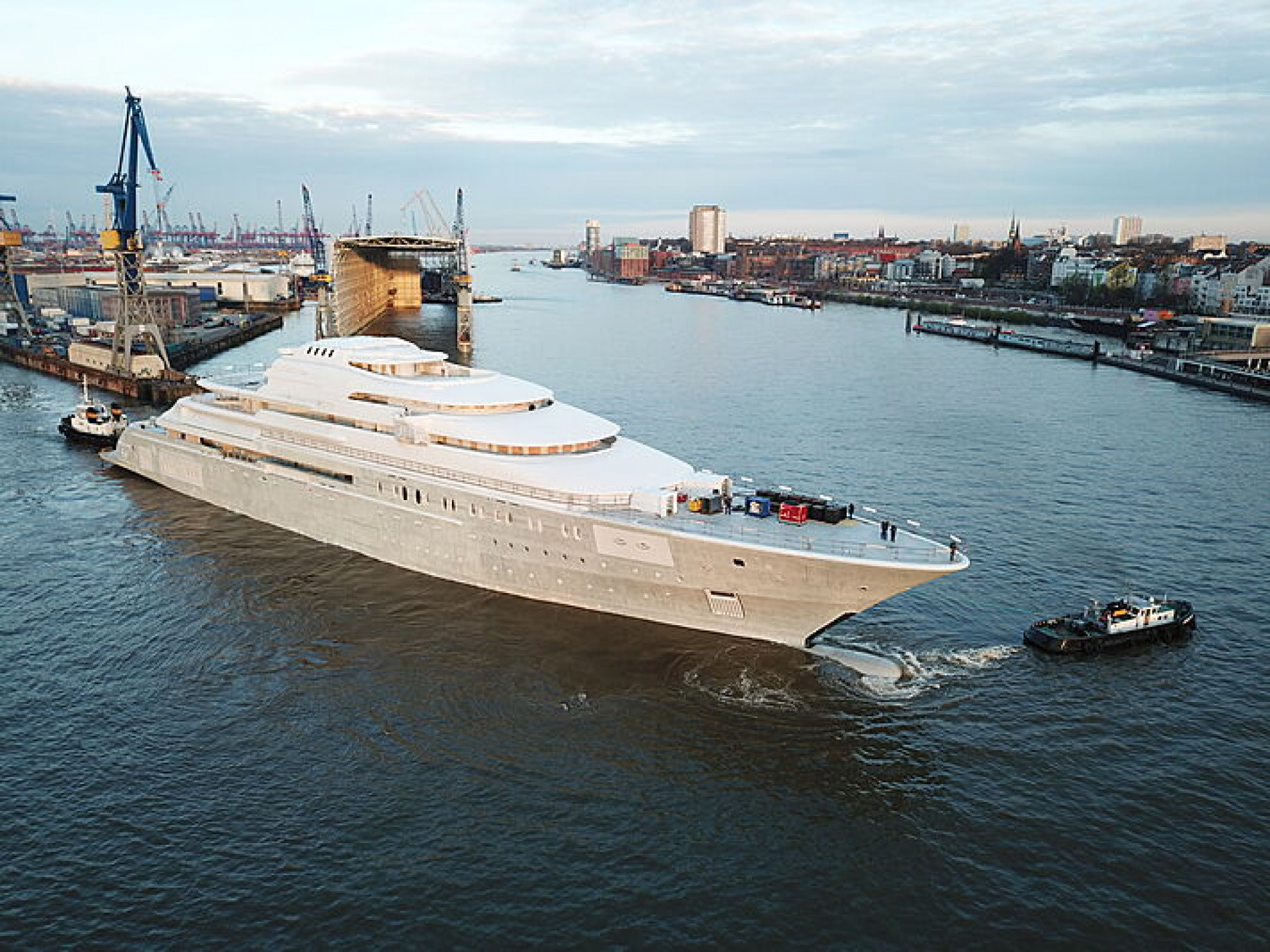 THE 10 BIGGEST SUPERYACHT LAUNCHES DUE IN 2022

Following our recent video outlining the biggest superyacht launches due in 2022, we thought we'd go into even more detail of the superyachts that are destined to join the fleet this year.

In the coming weeks we are expecting the launch of one of the biggest superyachts in the world, currently known as Blue, Lürssen's first launch of 2022 is believed to be 158-metres in length, though details of the yacht are currently completely under wraps. We are currently estimating her volume to be more than 15,000 GT and in the coming days we will be able to share the first images of this superyacht. If our estimations of the yachts length are correct, in our ranking of the 50 biggest superyachts in the world Blue will unseat the 2016 Lürssen superyacht Dilbar from her position at number five.

Like Blue, the next yacht in our list also comes from the German shipbuilders Lürssen Yachts. Project Opera was first unveiled in April last year when she was transported from her initial construction shed in Hamburg to the Lürssen outfitting facility. Like Project Blue the details of the yacht have remained tightly under wraps, however, we do know that her exterior lines come from the boards of Terence Disdale Design. The images reveal an elegant yacht with a large pool on the main deck and an expansive beach club.

Coming up in third place is yet another Lürssen, the 145-metre Luminance. We are not entirely sure if Luminance will be finished this year, though her hull was transported in 2021, she has not been seen since. Lürssen however have a solid reputation for producing high quality yachts to their delivery dates, so we will have to wait and see! Unlike the about two vessels we do know the interior designer of the yacht, with the owner selecting Zuretti Interior Design.

Moving away from Germany, number four on our list is Feadship's Project 1010  which was first revealed as she was moved from her construction shed in October 2020. The superyacht is the biggest vessel ever constructed by the Dutch shipyard, and since her relocation in 2020, she has been based at the shipbuilder's outfitting facility in Makkum, just outside Amsterdam. Project 1010 has been designed externally by Monaco-based designer Espen Øino International, while, like Luminance, Zuretti Interior Design has been charged with her interior design. We believe that her volume will sit in the region of 5,000 GT.

Heading back to Germany, number five is Project 6507 from Abeking & Rasmussen shipyard. 6507 is an exciting new superyacht, not least because her exterior lines come from the boards of Joseph Dirand Architecture who is a newcomer to the superyacht industry. The keel of this new superyacht was laid in August 2019 and she will be the flagship of the shipyard until the 120.9-metre superyacht, Project 6514, is launched in 2025. In October Abeking & Rasmussen released an update on the yacht, including that Cornelsen & Partner Yacht Consulting have overseen her construction. The few details of the yacht that have been released infer that she will be a true adventure vessel, home to an array of water toys including a submarine.

From Freire Shipyard in Spain comes the 112-metre Project 724 an explorer superyacht that features exterior design by British design firm Bannenberg & Rowell Design, in collaboration with Marin Teknikk. The yacht's interior has also been designed by Bannenberg & Rowell Design, a studio that is well known for its work on explorer superyachts such as Ulysses which was launched in 2018. The yacht which has a volume just under 7,000 GT, was first launched in July 2021 and has since been undergoing outfitting.

Oceanco has been busy over the last few years producing some of the biggest superyachts ever built in the Netherlands, namely the 127-metre Y721 and the 117-metre Infinity both of which were first unveiled at the tail end of last year to much acclaim. Like Infinity, Y720 is due to be delivered later this year, and she features exterior and interior design from Sinot Yacht Architecture & Design, while her naval architecture comes from the boards of Lateral Naval Architects.

One of the most unusual yachts that should be entering the fleet this year is Lürssen's Project 1601, the first on our list below the 100 metre mark. Designed by Espen Øino International, 1601 is believed to belong to a well known tech entrepreneur and features a unique bow form that comes to a point in its centre. The yacht's interior is the work of Dölker + Voges GmbH and we estimate her volume to be around 3,600 GT.

The first yacht in the list from outside Northern Europe is Project X, an 88-metre yacht under construction at Golden Yachts in Greece. The yacht has remained well under wraps but is believed to be due for delivery this year.

Finally we have the recently renamed Globalfast, currently under construction at SilverYachts in Australia. She is the only yacht on this list that is still on the market and with exterior design from Espen Øino International and interiors by Vain Interiors.