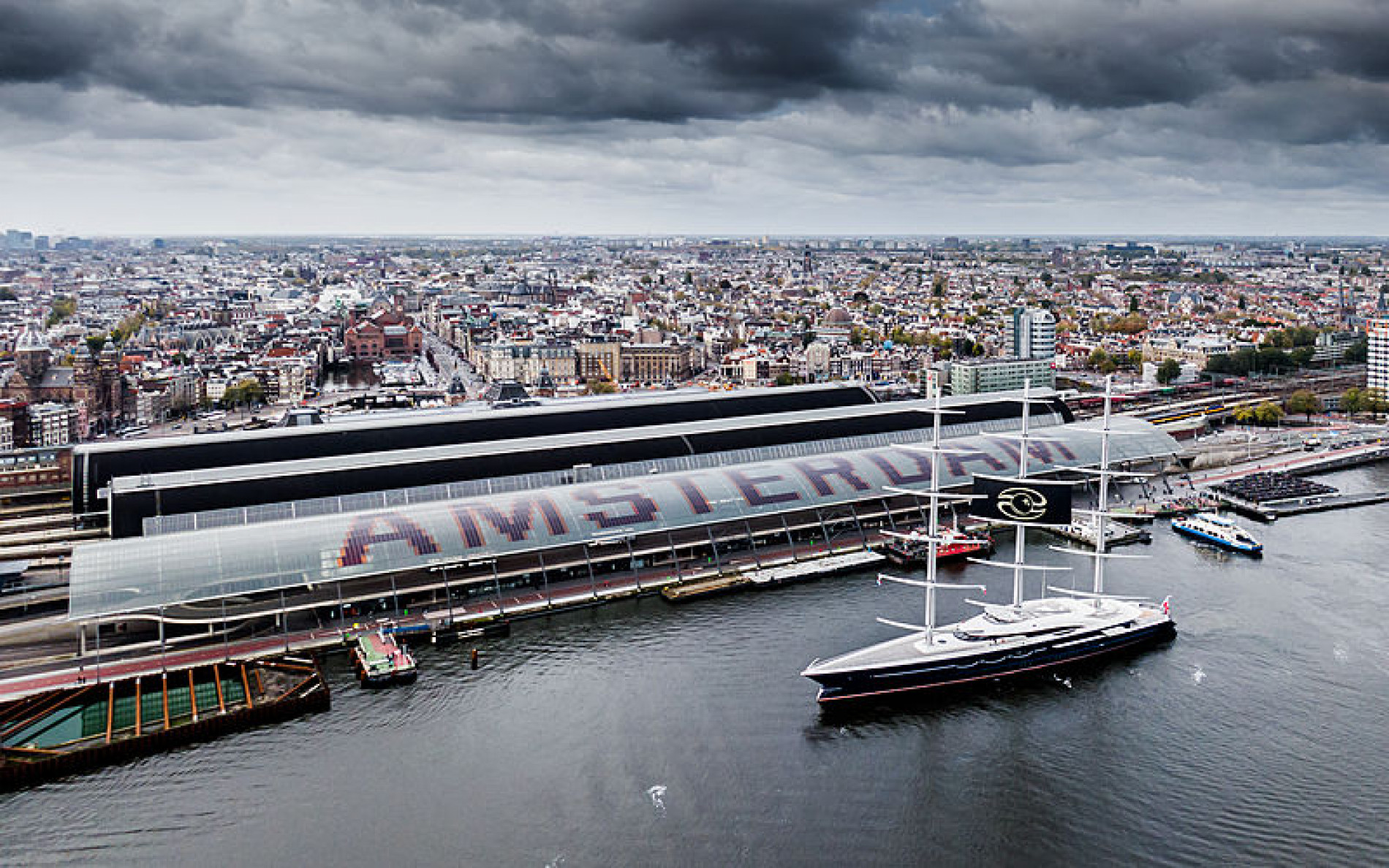 WHERE NEXT FOR THE SUPERYACHT SECTOR?

After a year of record-breaking order books, what does 2022 hold for the superyacht sector? We spoke with Paul Flannery, Chief Operating Officer of the International Yacht Brokers Association (IYBA) and Centtrip’s Director of Marine and Aviation, Edward Majdalany to get a business-end view of what the future holds.

From dock boy to broker, via a 500-tonne USCG Masters licence, Paul Flannery has spent his life in the marine industry. Today, as IYBA’s COO, he enjoys an international view across all aspects of the sector he loves. As we speak, the industry has come through a tumultuous period from the initial dread of a world in lockdown to a boom for boatyards and brokers.

The Covid-19 pandemic, Flannery believes, has helped change the image of the superyacht sector. “Prior to Covid, there was a tendency for people to look at a yacht and wonder, ‘Who did the owner rob to afford that?’ It’s a mindset that has come from media, movies and video games. When James Bond lands on a superyacht, it isn’t because the owner’s going to save the world, it’s because a villain wants to blow up the world. When you reach the highest level of Grand Theft Auto, your prize is a yacht. Neither image promotes yachting.”

“But, with Covid,” he continues, “the world has recognised that yachts offer an opportunity for families and close friends to be together in an environment that is isolated, yet communal.” It’s a perspective that has changed how potential owners relate to yacht ownership, says Flannery.

“People have learned that they can get on a boat with their family and a tutor and a satellite dish, and they can run their business and raise their family in relative isolation, surrounded by more enriching experiences than anywhere else on the planet.”

That’s driven sales, of course, but it is also influencing design

Luca Boldrini, partner in the interior design company FM Architettura, was quoted recently saying, “Yachting has changed and it’s evolved from being a status symbol to a vehicle for your life and this has been accelerated by the pandemic because they’ve become more of a place for family.”

Centtrip’s Edward Majdalany agrees. Centtrip is the leading provider of multi-currency payment, treasury and expense management solutions to the superyacht sector. It supports over 70 percent of the very largest charter superyachts and a fast-growing portfolio of private boats. In his five years with the business, Majdalany has seen the market grow and change.

“Yachts are travelling further and for longer,” he says. “At Centtrip, we see that reflected in the use of a wider range of currencies. It’s visible in the charter market, too. Not only are the largest boats fully booked for this year and into 2023, but they are being chartered for longer periods – three or four week expeditions, rather than a seven-day jaunt.”

We’ve seen the surge in interest in destinations beyond the Med and the Caribbean. As reported in Superyacht Times, the explorer yachts La Datcha and Naia were both recently seen in the Antarctic whilst Olivia O, designed for the North Sea, was seen in the more benign waters of the Caribbean.

Flannery sees this as an important aspect of the superyacht market in its own right, but also for driving focus on sustainability. “The increased interest in remote and unspoiled destinations has spurred a focus on sustainability and eco-friendliness because the world’s wealthy are not interested in going to the far reaches of the planet, trampling all over it, spilling oil, and leaving empty plastic bottles,” he says. “They want to go in, and see, and slip out again invisibly.”

The superyacht version of take only memories, leave only footprints

Ultra-high net worth individuals (UHNWIs) want to see what’s never been seen – the “explorer” aspect – and they also want to bring that information back for the good of humanity, says Flannery. That same scientific mindset and eco-concern is key to driving greater sustainability within the sector.

As Paul Flannery says, “It is the world’s ultra-high net worths that are willing to invest in bleeding edge technologies. They don’t want to feel guilty about their pleasures and they’re trying to figure out a way to use their wealth to good purpose.”

That view was reinforced at last year’s Explorer Yacht Summit where EYOS Expeditions founder Rob McCallum noted, “They’re [new owners] making money younger and have more length of life to enjoy their investments. Owners want to minimise their footprint; they don’t want to be greedy about exploring, but to tread lightly and make a difference. They do this through science, conservation, development and encouraging sustainability.”

The drive for sustainability can be seen in all aspects, from the renewed popularity of sailing yachts (like the 106.7m Black Pearl and Oceanco’s soon-to-launch Project Y721) to growing demand for hybrid propulsion and Fast Displacement Hull Forms (FDHF).

“You can see the change in different construction materials, different propulsion, different design for greater efficiency. It’s an initiative that has truly taken hold,” Flannery observes. “These changes start right at the top, with the buyer,” Majdalany says. “Their concerns drive the changes in design and construction. And there’s a healthy degree of competition, too. Where once owners might have boasted about size or power, they now compete on their yachts’ green credentials.”

Naval architects like Espen Øino are promoting more streamlined designs while Baglietto’s B-Zero project is exploring the use of solar panels to extract hydrogen from seawater. The Italian Sea Group has recently announced the installation of over 5,000 solar panels in its shipyard to reduce its CO2 emissions by 1,200 tons per year.

Sustainability will be the biggest trend affecting the superyacht sector in the coming year, Flannery feels

It will also be its biggest challenge. Last year, the Spanish superyacht refitting  group MB92 released a report – The Future of the Oceans – that called for serious change. “The cost of inaction is evident and will be extremely dire for our oceans and industry,” MB92’s president and CEO Pepe García-Aubert said at the time.

MB92’s report emphasised that the next 10 years will be crucial for the future of the oceans, but it also highlighted how the industry’s innovations can and will flow down through the rest of the maritime sector.

Oceanco’s Project Y721, widely published to belong to a American tech entrepreneur, is perhaps an example for the future. As Flannery says, “Whoever does own that boat has gotten really serious about making it as technologically impactful and environmentally friendly as possible, and that’s the case with all of these big boats.”

“Centtrip supports many of the largest yachts in the global fleet,” Majdalany says, “and we see the trend towards exploring pristine destinations in an eco-friendly fashion. Whether we’re providing those boats with multi-currency cards and international payments, or – in a small way – supporting sustainability through paperless payments, we are meeting the demands of a demanding and eco-conscious market. Driving wider awareness of our precious planet and doing so in a sustainable way is vitally important and it’s fantastic to see the superyacht sector taking this seriously.”