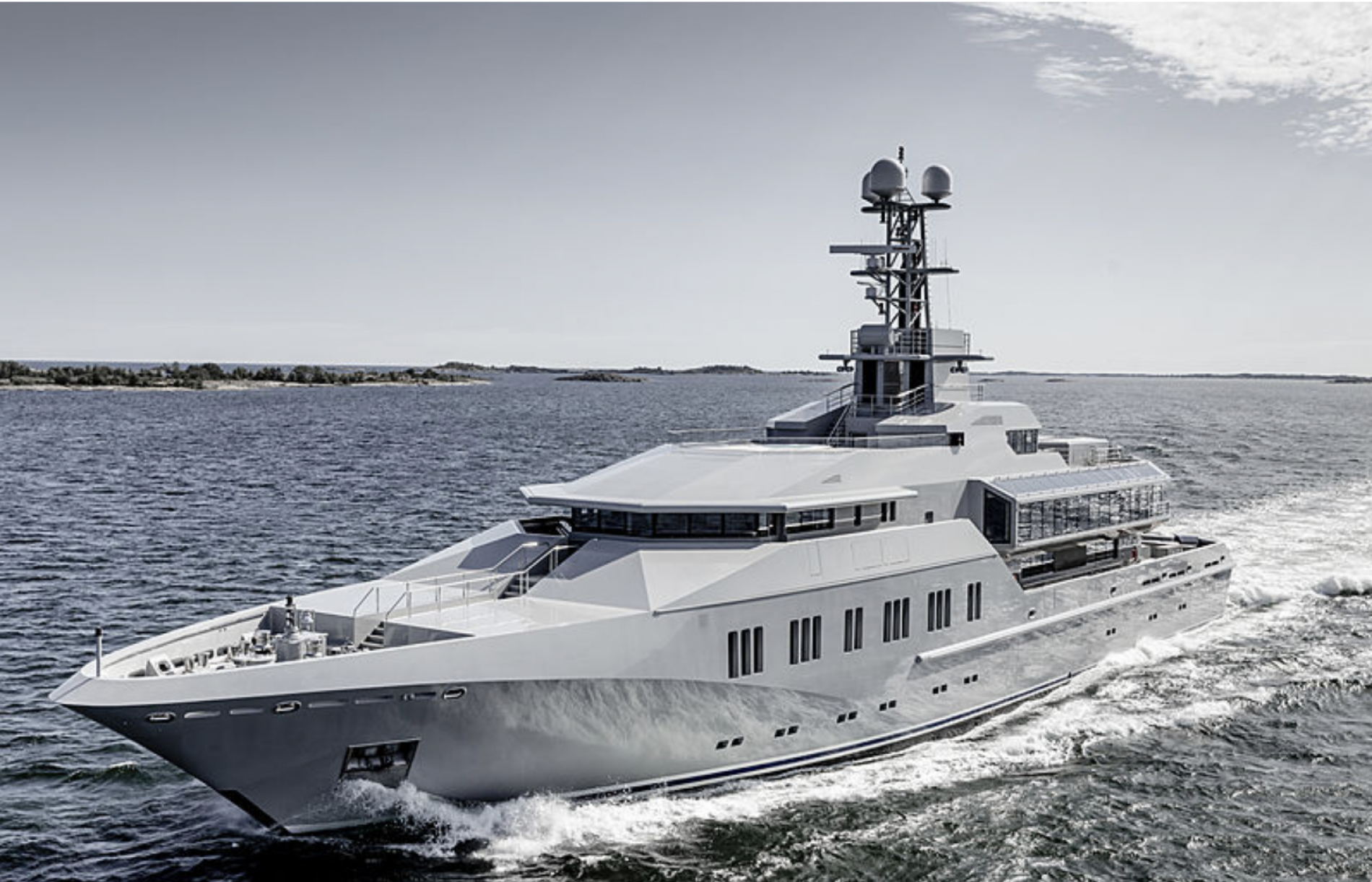 THE 10 MOST EXPENSIVE SUPERYACHTS SOLD IN 2021.

With talks of a boom in superyacht sales continuing to echo throughout the industry, 2021 has been one of the best years for superyacht sales with more than 1,000 yachts sold. While each of these add to the current strength of the superyacht sales market, some yachts stick out for their extravagant price tags. Here, we round up the 10 most expensive superyachts sold in 2021.

As the largest superyacht on the list, Octopus was also the most expensive with a whopping asking price of €235,000,000. The iconic Lürssen-built explorer superyacht was sold this past summer and will be available to charter, for the first time since her launch, in 2002 on a two-year worldwide tour beginning in January 2022. Equipped with two helipads, an ROV with a 1.9 mile range, an eight person submarine, and a range of 12,500 nautical miles, the Espen Øino-designed superyacht lives up to her true ocean explorer capabilities. Octopus accommodates as many as 26 guests across 13 staterooms, and is considered to be the largest explorer superyacht in the world.

Listed for sale earlier this year, Man of Steel, previously known as Seven Seas, was sold after just five months on the market. Her sharp exterior lines were penned by Nuvolari Lenard who also collaborated with Molly Ikaksen on her interiors. Up to 20 guests can be accommodated between nine staterooms, including a full-beam owner’s suite with its own private deck. A glass elevator which serves each of her four decks is among some of the 2,658 GT superyacht’s standout features in addition to a gym, a massage room and a steam room.

Lady Moura was built by Blohm & Voss in 1990 to a design brief by Luigi Sturchio. The 6,359 GT superyacht is spread across seven decks, which have 2,600 square-metres of space, complete with a pool, six gangways, a helipad and plenty of alfresco dining and lounge space. The superyacht is considered to be a pioneer of the beach club, sporting hers amidships with easy access to the water with balconies to both port and starboard.

Previously known as Azteca, the superyacht Arbema is one of the largest known superyachts to be offered for sale in cryptocurrency, though the form of payment for her sale is unconfirmed. She was built in 2010 by CRN and has since been regularly maintained, having been most recently refitted in 2021. Nuvolari Lenard penned both her exterior lines as well as her original interiors, which accommodate up to 16 guests across eight staterooms.

The Harrison Eidsgaard-designed superyacht was sold within just two months of being listed for sale. The 1,001 GT yacht has a three deck layout and plenty of alfresco dining and lounge space, including her main deck aft. Here, a large L-shaped sofa is found. She has a custom Compass tender and a full store of water toys, scuba diving equipment and a touch-and-go helipad to her bow. Up to 12 guests are accommodated across six staterooms in her Bernardi + Peschard-designed interiors.

Tankoa delivered its flagship motor yacht, the 72-metre superyacht Solo to her original owner in 2018. Her exterior lines were penned by Francesco Paszkowski while Ruggiero srl completed her naval architecture. Her interiors were designed to prioritise guest spaces, sporting multiple saloons spread across her three decks. On deck, she has a spacious sundeck and beach club to aft, which doubles as a water sports centre with access to plenty of toys.

Amels delivered the 65.7-metre superyacht Ventum Maris to her original owner in 2011 to an exterior design by Tim Heywood Design. Winch Design imagined the yacht’s interiors which accommodate as many as 14 guests across seven staterooms. At 1,503 GT, she has ample guest space both in and outdoors including her spacious main saloon with an adjacent formal dining area with panoramic views. A Jacuzzi and swimming pool are found on the yacht’s sun deck along with a bar. A swim platform is found to her stern while additional sunbathing space is found to her bow.

Previously known as Anna 1, the 67.07-metre Feadship superyacht was renamed Firebird by her new owner following her sale in September 2021. Michael Leach penned her exterior design while De Voogt Naval Architects took charge of her naval architecture. Launched in 2007, Firebird has since been well-maintained and underwent a comprehensive refit in 2021. As many as 17 guests can be accommodated across six staterooms, including an extravagant split-level owner’s stateroom with double-height ceilings, an office, an ensuite bathroom and access to a private lounge and foredeck seating area.

Skat’s distinct military-inspired exterior, designed by Espen Øino, is accentuated by her grey hull and superstructure as well the use of steel, aluminium and glass. The Lürssen-built superyacht accommodates as many as 12 guests across six staterooms throughout her 1,998 GT interior. Her interior is styled by Marco Zanini and, just as her exterior, grey is the dominant colour used throughout. Skat has plenty of standout features, including a Jacuzzi surrounded by sunpads on her skydeck and ample alfresco lounge and dining space.

After just three months on the market, the 72.15-metre support vessel. Since her launch in 2017, Game Changer has completed over 50,000 nautical miles of circumnavigation. Her builder, Damen Yachting, penned her exterior design and completed her naval architecture. In 2020, Game Changer underwent a 10-month refit at ICON Yachts where she received a hull extension of three metres, providing space for a beach club and swim platform. She hosts a full store of toys including a submarine from U-Boat Worx, a 12-metre Intrepid tender, a dive centre and a helipad. Game Changer accommodates up to 11 guests across five staterooms.