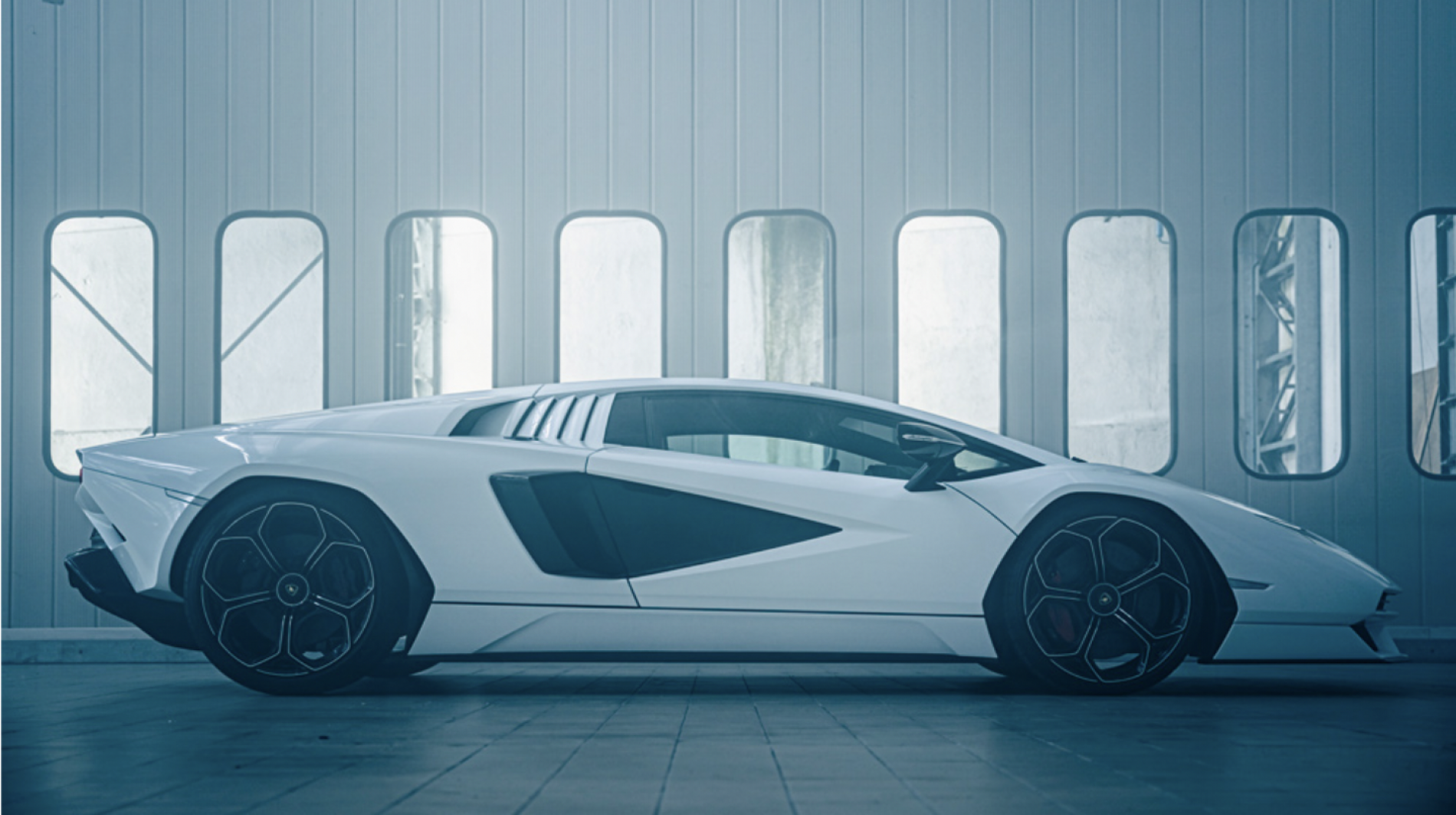 THE LAMBORGHINI COUNTACH, AN ICON OF 80'S LUXURY, IS BACK AS A MODERN, HYBRID SUPERCAR.

Debuted this morning at Northern California’s Quail Motorsports Gathering, the 814 hp beauty is limited to 112 examples.

During the 1970s and ‘80s, the only poster as ubiquitous on bedroom walls as that of actress Farrah Fawcett in a swimsuit, was the hero shot of a Lamborghini Countach—the very definition of “dream machine” for an entire generation. It appears the Raging Bull marque knows that a few of those young aspirationals are now grown, prosperous and ready for the real deal.

With that in mind, and in honor of the benchmark model’s 50th anniversary, the team at Sant’Agata Bolognese has just revealed a reimagined hybrid Countach at the Quail, A Motorsport Gathering, in Northern California’s Carmel Valley. It’s a debut that’s already a highlight of this year’s Monterey Car Week.

“In 1971, the Countach was presented at the Geneva Motor Show and, for us, this was a real game-changer,” says Stephan Winkelmann, president and CEO of Automobili Lamborghini S.p.A. “It made us stand out in the crowd and changed the way other manufacturers looked at cars like this.” Referencing the new version, Winkelmamm adds: “It’s a really modern interpretation—a very clean design with elements of the various generations of the Countach, without overloading the car.”

The new release’s official moniker, Countach LPI 800-4, references the power plant’s Longitudinale Posteriore orientation (the engine is situated parallel with the length of the car and near the rear), it being hybrid (or Ibrido in Italian), the output (just over 800 hp) and the permanent four-wheel-drive configuration. Fittingly, it’s the engineering that truly sets this version apart from its renowned predecessor, and no element more so than the power train.

The commemorative iteration, featuring a monocoque chassis and body panels that are all carbon fiber, stays true to the original’s internal-combustion ethos with a V-12 engine. This one, however, makes 780 hp compared to the former’s roughly 400+ hp. The needle moves toward bleeding-edge tech, though, with the 12-cylinder heart being paired with a 34 hp, 48 v electric motor at the gearbox complemented by a supercapacitor that, while weighing the same as a comparable lithium-ion battery, offers triple the storage capacity. Sound familiar? It’s similar to the innovative setup in the automaker’s 819 hp Sián model, comprising only 63 coupes and 9 roadsters, introduced in 2019 and 2020, respectively.

“We have the same supercapacitor and same electric engine that was used in the Sián,” mentions Maurizio Reggiani, Lamborghini’s chief technology officer, in a conversation with Robb Report. “What’s different is the application of the components in terms of engine management and power management.”

That management Reggiani refers to is responsible for claimed performance specs that, with the assistance of the seven-speed ISR transmission, include the 3,516-pound (dry weight) car’s ability to cover zero to 62 mph in 2.8 seconds and top out at 221 mph. But while those numbers considerably overshadow those of the original Countach, the one key element of the latter that shines through is the overall design.

“The heart of our design DNA is, for me, the Countach,” notes Mitja Borkert, Lamborghini’s head of design. Yet the inspiration for the latest model is not just any Countach, but the LP500 variant. Borkert used famed automotive creative Marcello Gandini’s original aesthetic, including the hallmark Periscopio lines flaring from the roof toward the back, as the template for a supercar that pays tribute to its predecessor while simultaneously forging its own contemporary identity.

According to Borkert, much of what differentiates the LPI 800-4, which he mentions is longer in proportion, is due to the bolstered power train and subsequent need to compensate, citing elements such as the pronounced NACA air intakes on the flanks and “the integrated wing and diffusor.” “We transported the lines of the Countach toward what was necessary today,” he says. And that modernity carries through to the interior. No eight-track player here, rather an exclusive 8.4-inch HDMI touchscreen serves as mission control for most onboard amenities.

Lamborghini’s internal name for last century’s Countach was LP 112 when it was being developed, so it’s only fitting that 112 examples will be made of the LPI 800-4. Priced at $2.64 million, each one has already been presold, and deliveries are expected next year.

“I always said that I don’t want to have retro cars because we have to be a company that’s looking forward and not repeat what we’ve done in the past,” Winkelmann explains. “But with this few-off, I think we’ve made the right choice.”