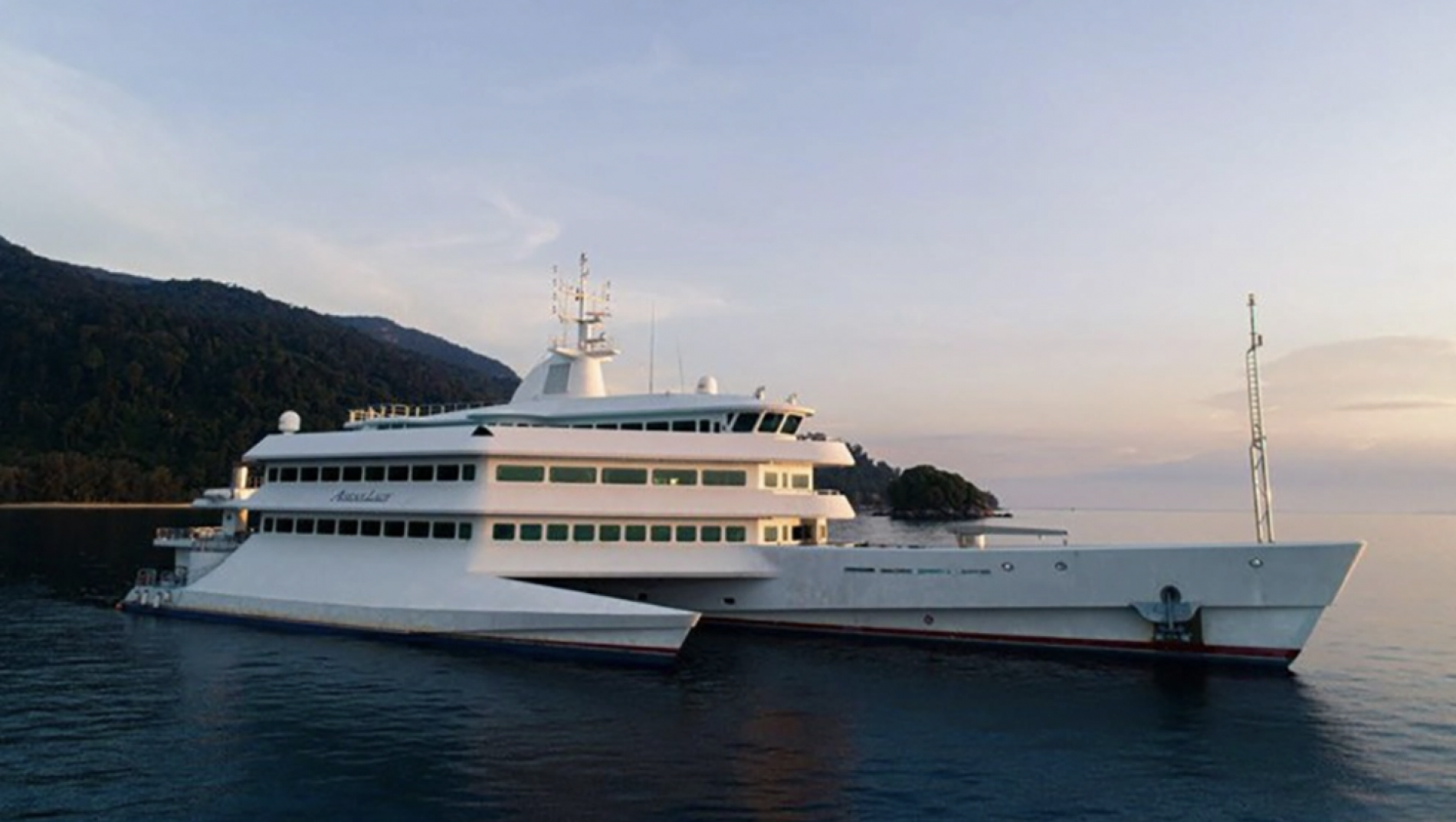 THIS 289-FOOT SUPERYACHT HAS A BONKERS ASYMMETRICAL DESIGN—AND IT'S UP GOR GRABS.

A lot of superyachts get called “striking,” but one particular 289-footer on the market is truly deserving of that descriptor.

The singular steel vessel in question, which goes by the name of Asean Lady, has a distinctive asymmetrical silhouette that is just as commanding as her multimillion-dollar price tag.

Penned by Ian Mitchell, the superyacht was built by Chinese yard Pride Mega Yachts and delivered in 2004. Her unusual shape was inspired by a traditional multi-hull sailing vessel known as a Proa. Crafted from bamboo, this type of outrigger canoe has been used for centuries by the indigenous people of the South Pacific.

The Proa is known for its long range and stability, two attributes that appear to have been passed on to Asean Lady. In fact, the go-anywhere superyacht was sturdy enough to survive a tsunami while anchored off Phuket, Thailand, in December 2004.

She’s not short on grunt, either. Powered by a single 2,000 hp Caterpillar diesel engine with an azimuth thruster, the vessel has a top speed of 15 knots. She’s also fitted with a retractable 600 hp thruster that can push her a further 7 knots if desired. On top of that, Asean Lady can maneuver sideways, with both the forward and aft drives making berthing a cinch.

Asean Lady has been built specifically for entertaining in tropical environments. The superyacht features a large, upscale interior with plenty of windows, so seafarers can stay out of the unpredictable weather but still enjoy the views. The layout comprises eight master staterooms that can sleep 18 guests in total. The principle cabin spans more than 1,700 square feet and comes with a private balcony and office.

Owned by Malaysian-Chinese entrepreneur Vincent Tan, Asean Lady, has been listed for €30.5 million (roughly $34.4 million at the current exchange rate).