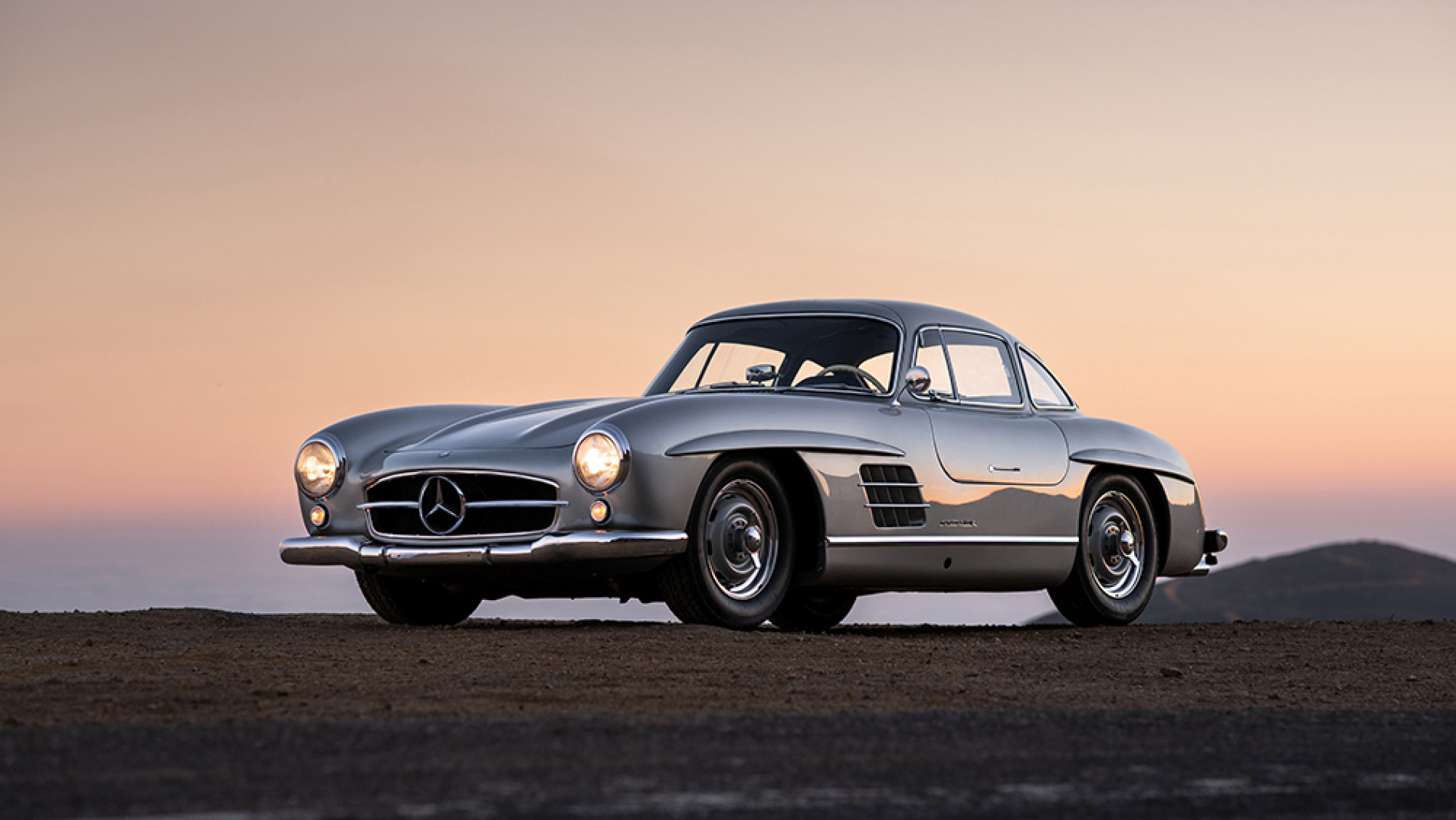 THIS RARE 1955 MERCEDES GULLWING JUST SOLD FOR A RECORD $6.8 MILLION AT AUCTION

It’s official: There’s a new King of the Gullwings.

Although bids actually failed to reach the pre-auction estimates of between $7 million and $9 million, the final hammer price was enough to push the prized coupe into the top spot ahead of a fellow ‘55 Alloy Gullwing that sold for $4.2 million at Gooding & Company’s Scottsdale auction back in 2012.

Of course, a figure like this is to be expected given this four-wheeler’s pedigree and provenance. Chassis number 5500332, nicknamed the “Weckerlé Alloy,” represents one of only 24 aluminum Gullwings built in ‘55 and is considered one of the rarest production cars of all time.

What’s more, this particular rarity is one of only a handful to retain its original, numbers-matching 3.0-liter NSL inline-6 engine, high-speed 3.42 rear axle, front spindles and Rudge wheels, as well as the authentic alloy body and factory-correct livery.

The Weckerlé Alloy was also treated to a meticulous restoration by Paul Russell & Company that was completed in late ‘79. In addition to refreshing the body and mechanical components, the team added new gaberdine upholstery and a matching set of luggage. The quality of the work was to such a high standard that the revamped ride was later named “Best Gullwing” at the Gullwing Group’s 1980 National Meeting, and went on to appear at shows, events and rallies all across the country. And the vintage Merc remains a stunner today.

All hail the King of the Gullwings.