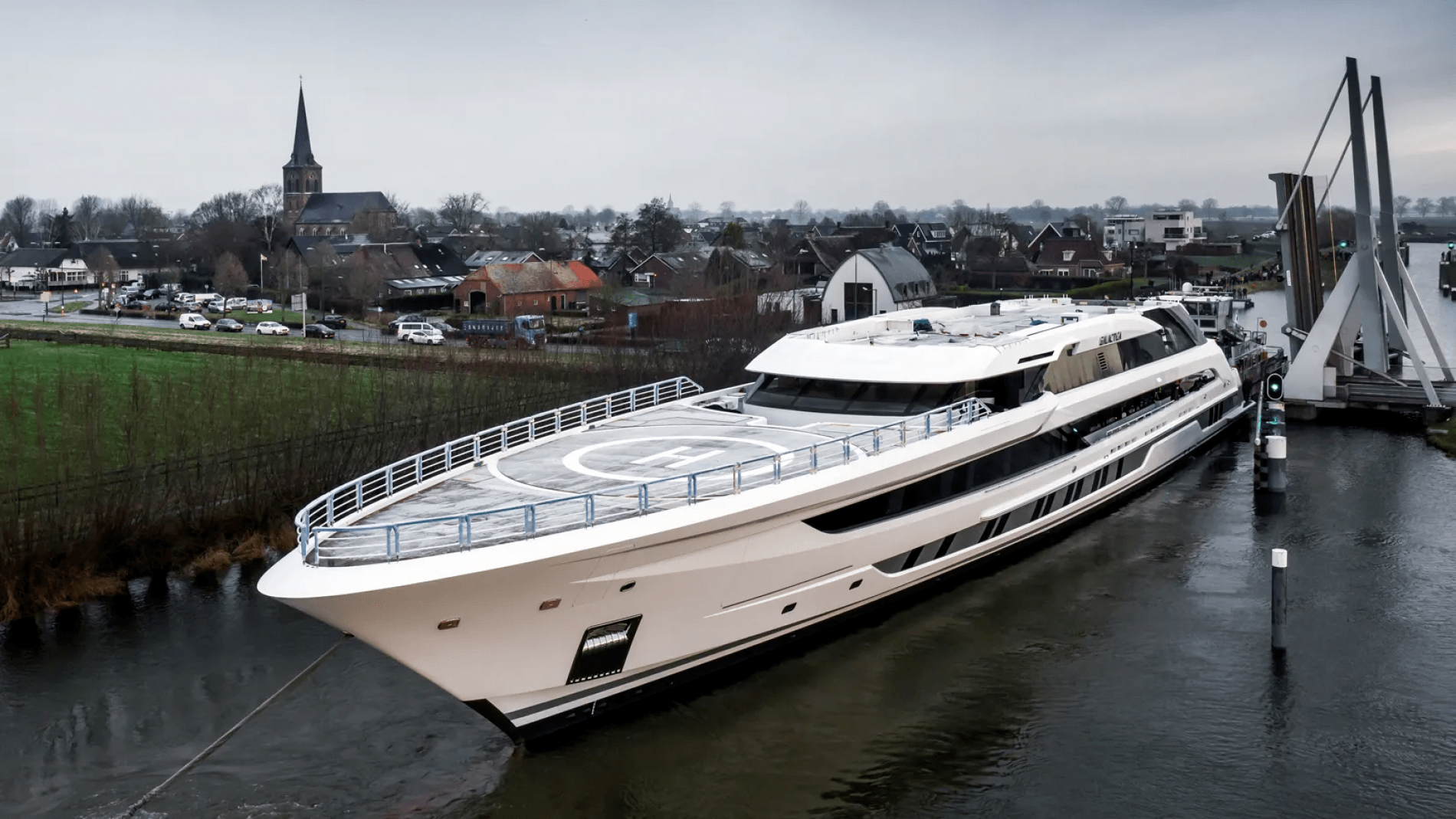 The owners of 63 metre Utopia IV, Loren and JR Ridinger, are still waiting answers after the superyacht reportedly “rear-ended” and sank a tanker on Christmas Eve. The pair were out of the country at the time when the Rossinavi superyacht collided with gas tanker Tropic Breeze. Crew on board the stricken vessel were rescued by a passing Feadship and no injuries have been reported. Utopia IV has been towed back to Miami where she is expected to undergo repairs.

The otherwordly designs of Italian studio Lazzarini have continued to stir the industry and its latest concept is no exception. This 150 metre superyacht-blimp crossover features two floating balloons filled with helium connected to a central hull via four bridges. “It’s not intended for touristic purposes,” the studio said. “It’s for a private owner who wants both a superyacht and evolution in aviation.”

'Skeleton' yacht Bella T up for auction in South Africa

Bella T is a 45 metre forgotten hull on the hunt for a new owner to see the project through to fruition. After a series of new owners and attempted refits the project was abandoned following a legal dispute. Lying neglected in Cape Town since the early 2000s, she will now be put up for auction with Solution Strategists and the Judicial Western Cape High Court.

Holterman launched its first 33 metre crossover X-105 last week which has been christened Lady Fleur. The X-105 is the flagship of the shipyard's X-Treme range with two smaller models currently under development. Lady Fleur is built with a steel hull and aluminium superstructure to a design by Bernd Weel with naval architecture by Diana Yacht Design.

Yacht damaged in fire at the Ferretti shipyard in Cattolica

A fire broke out at the Ferretti shipyard in Cattolica on January 11 and caused damage to one of the yachts currently under construction. There were no injuries and the cause of the fire is still under investigation.

Galactica, formerly known as Project Cosmos, is Heesen's biggest build to date. The project made headlines as it was transported from Oss to Harlingen through the narrow Dutch canals. In some places, Galactica had only 15 centimetres of clearance on each side. The all-aluminium flagship will steal the crown from Heesen's current flagship, the 70.07 metre Galactica Super Nova, when she is delivered later this year.

More than 90 superyachts celebrate the new year in St Barths

After a lull in visiting vessels, the Caribbean island of St Barths was in full swing for New Year's Eve with over 90 yachts taking part in the festivities. Some of the biggest yachts to drop anchor off the island's western coastline include the 165 metre Blohm + Voss superyacht Eclipse, Feadship's 99 metre Moonrise, and the Bremer Vulkan superyacht Le Grand Bleu.

Project Black Shark was spotted for the first time in three years outside the Nobiskrug facility in Rendsburg. The 77 metre project was due for delivery last year but plans were scuppered when the shipyard ran into financial trouble. A flurry of activity at the Rendsburg shipyard also saw the 62 metre project Cap d’Ail on the move.

German shipyard Lloyd Werft announced it was filing for bankruptcy after its holding company, Genting Group, was unable to negotiate financial aid for both the Lloyd Werft and MV Werften shipyards. An insolvency administrator has been appointed. The news comes less than 12 months after the shipyard launched the 139 metre Solaris.

In pictures: Inside the 50m jet-powered Oceanfast superyacht for sale

This Jon Bannenberg design has been turning heads since day one with its jet fighter-style exhausts and rear-facing grilles painted in silver. As the 50 metre Oceanfast motor yacht joins the market with IYC we took the opportunity to look around.