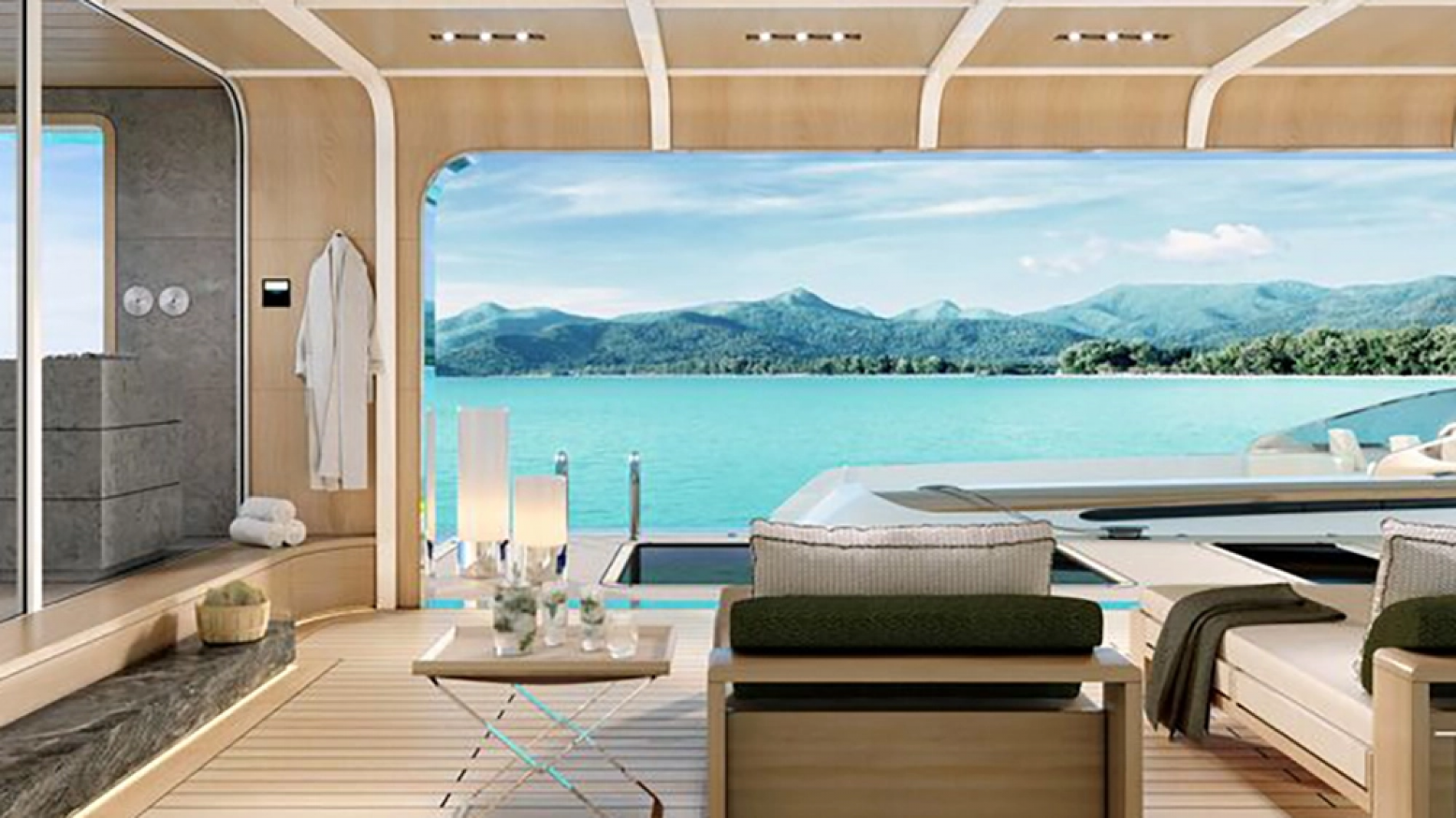 Tillberg Design of Sweden’s newest superyacht concept is a joyful ode to the studio’s home country.

Named after the Swedish word for happiness, Lycka has been designed to bring seafarers unbridled bliss on the high seas via tasteful European styling, spacious living quarters and lavish amenities.

The 252-footer, which was unveiled at the Palm Beach International Boat Show last week, was penned in partnership with noted German yard Nobiskrug as reported by Superyacht Times. Taking cues from classic Scandinavian design, she has an elegant exterior characterized by a long pointed bow and clean, sleek lines.

The interior, meanwhile, appears to be the epitome of Scandi chic, with simple, uncluttered furnishings, a subtle monochromatic palette and a ton of light wood throughout. With a volume of approximately 2,000 GT, Lycka can accommodate up to 14 guests across six generous guest staterooms and one owner’s suite. She also sports a further 11 cabins to house up to 21 crew.

As for the things that spark joy, Lycka is fitted with a number of dining areas indoors and out, along with multiple saloons, a high-tech wellness center, a sky lounge, a jacuzzi and a helipad. To the aft, there’s a beach club with a swim platform for easy access to the ocean. There are also fold-down bulwarks on each side that act like mini floating terraces.

Although details are scant, Lycka’s touted performance specs should please prospective owners, too. She will be equipped with a hybrid diesel propulsion system that will reportedly generate enough grunt to cruise at 12 knots or reach a maximum speed of 17 knots at full tilt.

The team says construction can kick off as soon as Lycka finds a willing owner. There is still plenty of scope for customization in terms of design, engineering and propulsion, too, so you can really make the superyacht your own.

Now that’s certainly a reason to leende—that’s Swedish for “smile.”