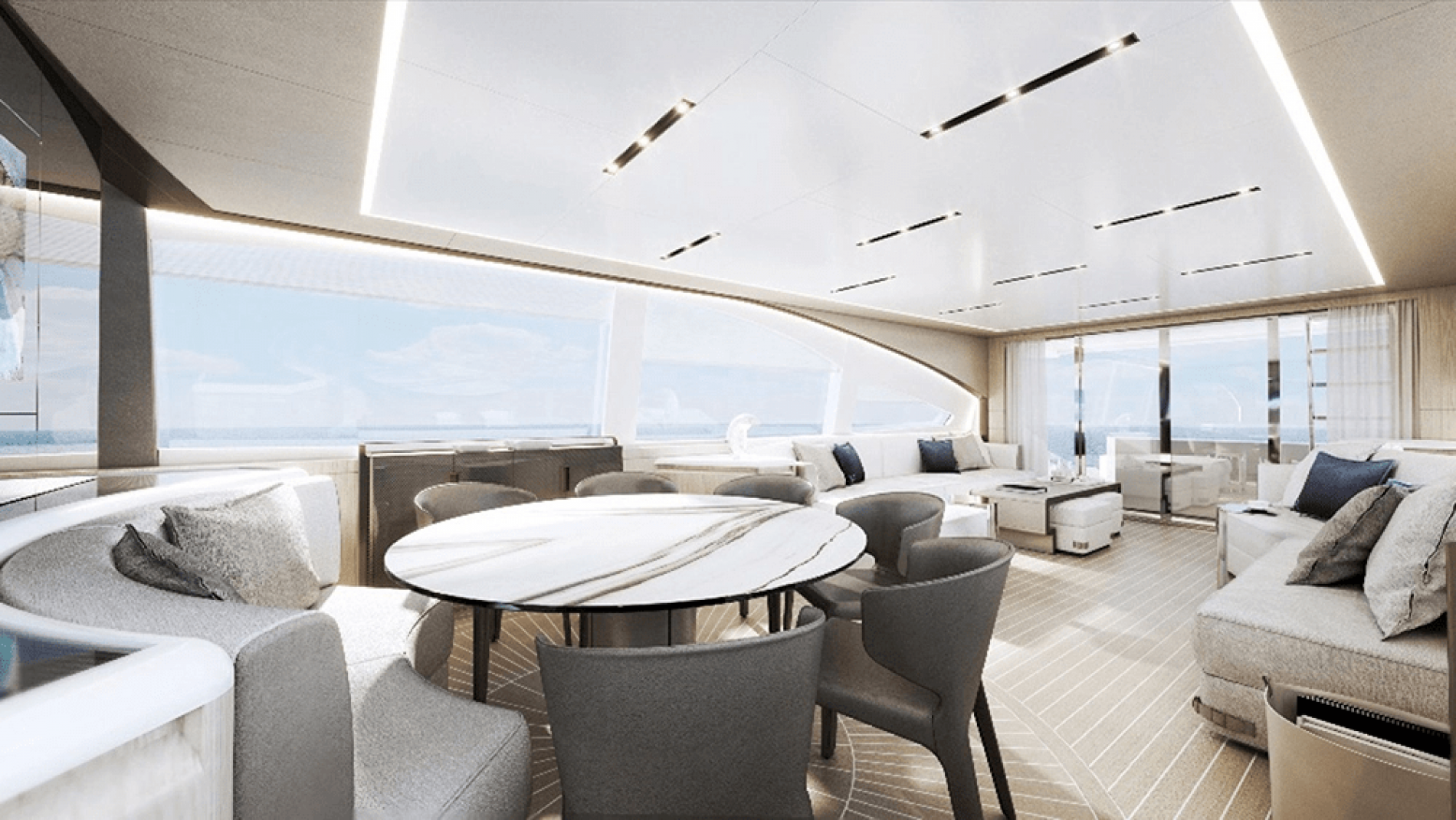 THIS SLEEK, SUPER-FAST DAY BOAT COMES WITH AN UNDERWATER CAMERA TO LIVESTREAM YOUR DREAMS

Canados Yachts has already proved it has speed and style down pat with its Gladiator line. Now, it’s focusing on incorporating innovative tech into its ultra-fast day boats.

The Italian builder recently unveiled a new flagship of the series, known as the Gladiator 961 Speed, which features an underwater camera in the transom that can stream live footage directly to TV screens onboard. That’s just one highlight of the luxurious new 96-footer, though.

The first hull, which is currently being built in the Gulf of Saint-Tropez, will feature a triple-engine configuration that will allow the vessel to reach in excess of 50 knots at full tilt. The client, who is an experienced yachtsman, also opted for a joystick coupled to the transmissions, as well as bow and stern thrusters. This means he’ll be able to run the boat himself when he wishes.

Designed in-house, the speedboat sports a deck and superstructure crafted from lightweight carbon fiber, while the sleek hull is made of E-Glass and Vinylester resin lamination. This ensures the Gladiator slices easily and effortlessly through the waves.

Penned by Cristiano Gatto, the interiors are at once fresh and modern. This particular model offers four cabins in total, with the full-beam owner’s stateroom in the center, two twins on either side and the VIP at the bow. You can expect lavish furnishings and materials throughout, such as parquet flooring, custom-made carpets and embossed leather from Naples.

The compact cruiser offers a good number of amenities, too. The aft deck comes equipped with a wet bar, grill, a lounge for 12 and an adjoining swim platform. (This space can also double as an open-air cinema at night.) The foredeck sports two giant sofas under which lies a garage for a tender and crane. The flybridge, meanwhile, offers another spot for lounging with panoramic views.

The Rome-based shipyard, which recently expanded across Europe and the US with new showrooms, now has some seven models in the Gladiator line that run from 41 feet up to 96 feet. It’s also set to deliver some 17 boats this season, with at least another two 96-foot Gladiators in the pipeline. That’s what we call an oceanic army.