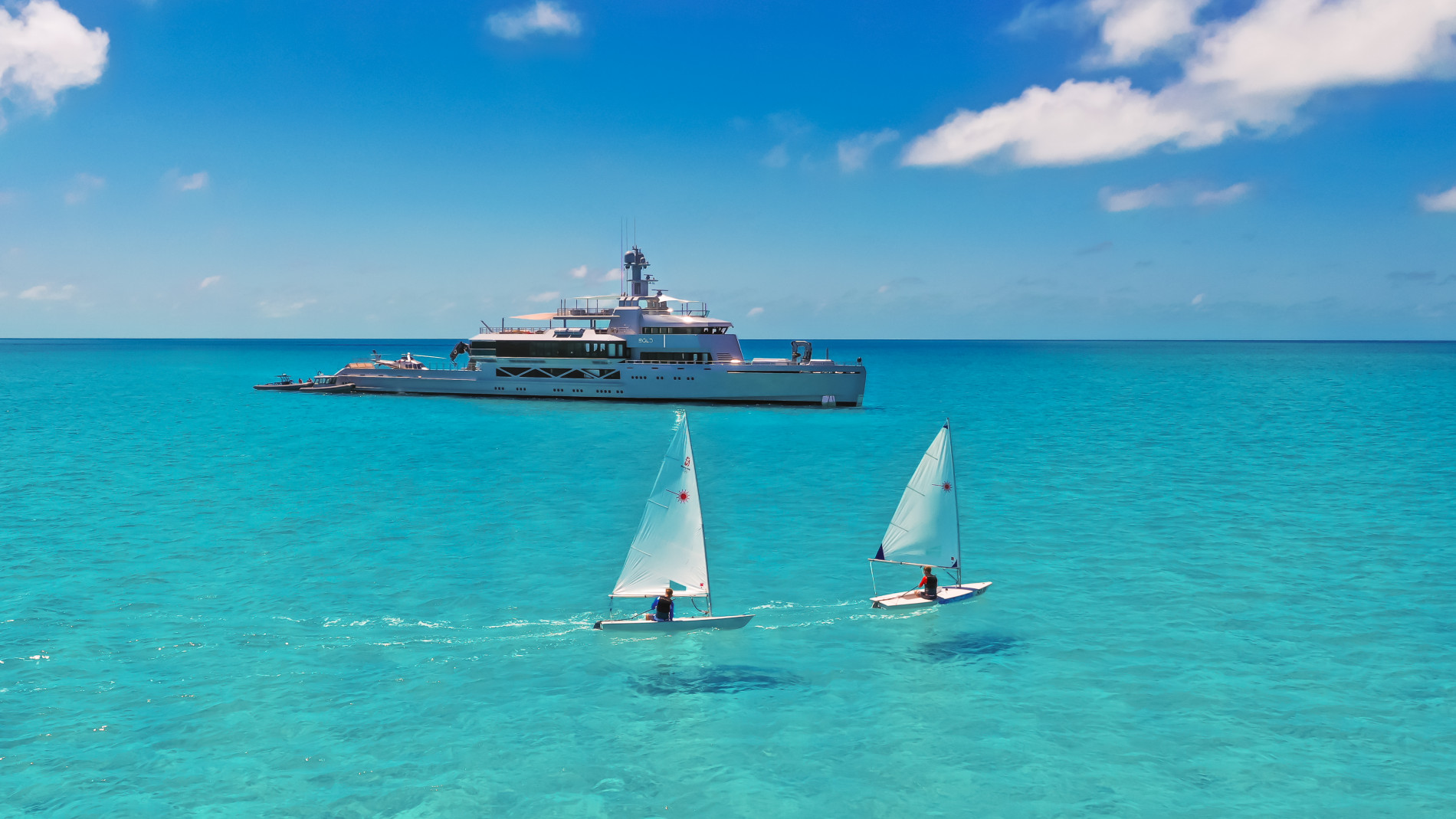 For many years, satellite (VSAT) has been the main source of superyacht internet. However, within the last two years, as onshore 4G infrastructure has rapidly improved, LTE broadband has come into the market, offering speeds which by far exceed what even a very expensive VSAT contract can offer. For example, a 10 Mbps VSAT profile (MIR, with a guaranteed speed of just 2.5 Mbps) would cost an average of $5000-6000 dollars per month. 10 Mbps is not a lot considering that, as a rule of thumb, you need 25 Mpbs to watch one movie in 4K resolution.

In comparison, a yacht can get an unlimited LTE data plan in the Mediterranean for between 2000-3000 euros per month and benefit from speeds ranging between 80 and 300 Mbps depending on the vessel’s location. That is comparable to what you would expect onshore with fiberoptics.  Recent developments implemented by both cellular networks and equipment manufacturers have allowed for significant extensions in offshore 4G coverage. For example, Meridian 5G, a company that develops and manufactures 4G/5G equipment specifically for superyachts, has been able to extend its clients’ 4G coverage offshore up to 45 nautical miles (85km). Meridian 5G’s equipment is used by notable yachts and research vessels ranging from 25-160+ metres in size, including Eclipse, Al Mirqab, Luna, Radiant, Barbara, Nirvana, Ragnar and many more.

SuperYacht Times reached out to several vessels using Meridian’s DOME router equipment for comment. “We were refuelling in Albania and realized that, even though we didn’t have SIM cards covering Albania, we still had great 4G speed. It turned out that our Meridian dome router still connected to a Wind tower in Italy that was 75 kilometres away”, says Alexey Kuyevda, chief engineer on board motor yacht Apostrophe. He continues: “What was even more astonishing was that we had 50 Mbps download speed and 30 upload speed. When we used a Pepwave, we rarely got that much, even when we were close to shore.”  Another yacht which has opted not to use VSAT is the 41-metre Lady Jade, which observed speeds “good enough for emails and file downloads at 46.3 nautical miles”. This was more than 85 kilometres from the nearest shore off Corfu.

In addition, a screenshot taken from a device on board the 83.5-metre motoryacht Savannah while it was cruising in Greece shows that, at 99 kilometres from the nearest cellular tower, the yacht still experienced 21 Mbps download speed and 16 Mbps upload speed. “They weren’t that far from the nearest shore”, comments Dasha Grupman, CEO of Meridian 5G. “But the SIM cards they used only allowed them to connect to the Vodafone network in Greece, and the nearest Vodafone tower was that far away!” “We also observe that a tower located 70 kilometres away can sometimes provide better data connection than a tower which is only a few kilometres away”, Grupman continues. “An example of this would be when you are in a busy port in which the networks and cellular towers are simply overloaded. If you can then connect to a tower further away that is not getting the same load – since most cellular devices can’t reach that far – you would receive a far better, faster and more stable connection.”

With all of the above in mind, therefore, the ever more readily-available 4G offers the ideal solution for getting high-quality internet on board – and the technology is only improving, so watch this space!