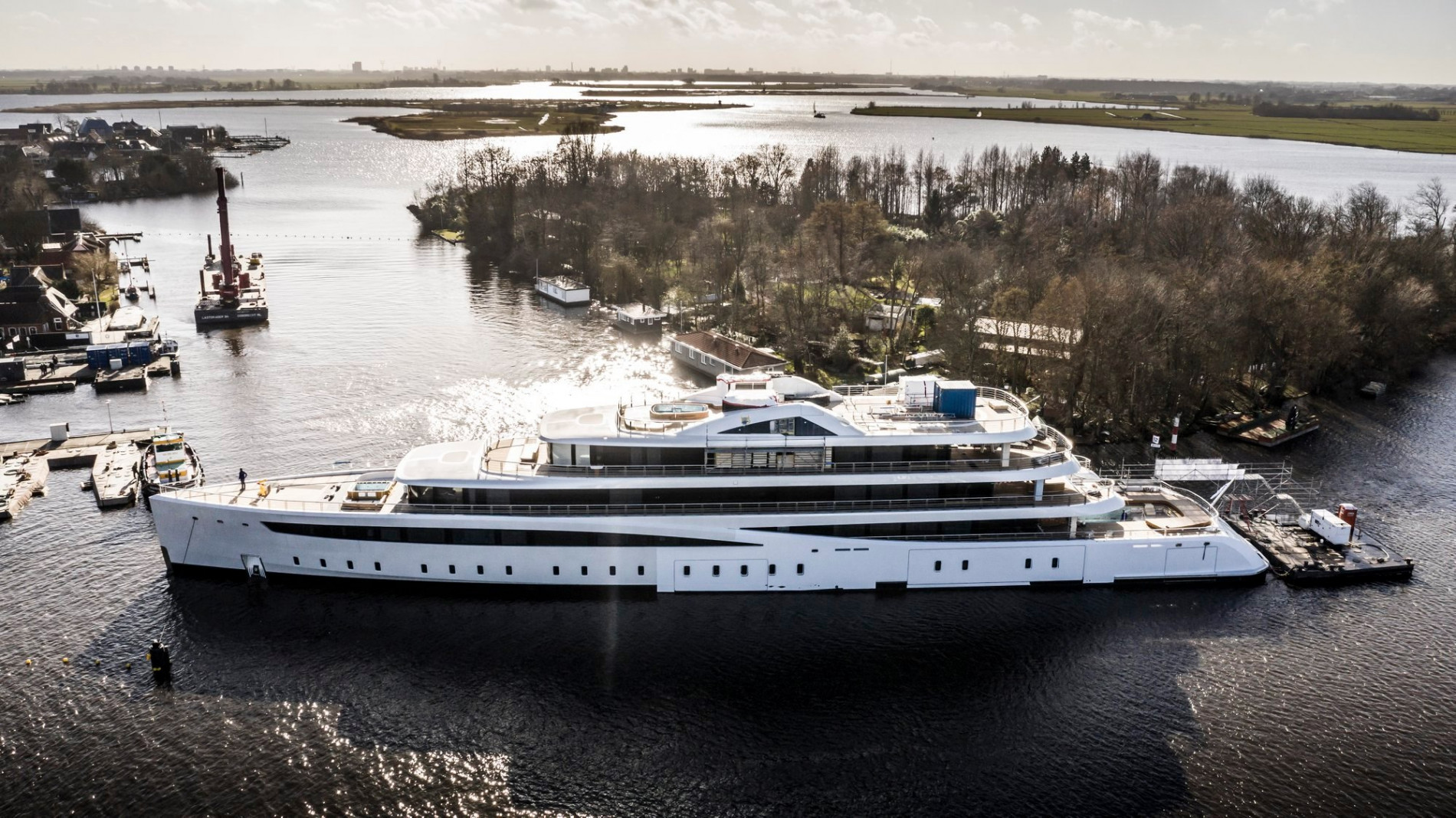 Feadship seized the last Friday in February to introduce the newest member of its family: a sleek superyacht known as Project 817.

The 308-footer left the Dutch builder’s Kaag yard for the first time today to embark on sea trials before it’s delivered to its new owner later this year. The custom vessel was built for an experienced yachtsman, who has charted virtually every Feadship available over the past few years. The eco-conscious seafarer tasked the yard with creating an eco-friendly superyacht with the same environmental footprint as his previous Feadship, despite the fact the predecessor was a good 100 foot shorter in length.

In order to achieve this, Feadship installed an advanced hybrid propulsion system that will enable the vessel to cruise at 12 knots on diesel-electric power. In this mode, all exhaust emissions are treated via catalytic converters and diesel particulate filters to reduce the number of harmful gases and pollutants released into the atmosphere. The vessel can also run purely on traditional diesel power to hit a top speed of 20 knots. In addition, Project 817 is equipped with a large battery bank to help power the onboard amenities, as well as a waste treatment plant and heat recovery system. The air-conditioning setup was also optimized to be more efficient—no easy feat considering the vessel has floor-to-ceiling windows.

Aside from Project 817’s efficient tech, the superyacht has Feadship’s trademark elegance in spades. The exterior, which was penned in partnership with Studio De Voogt and Azure, features an abundance of clean, minimalist lines. The pearl-white hull has been engineered to minimize drag and maximize efficiency. Project 817 has what Feadship describes as an “open beach-house-style interior.” Designed by Peter Marino Architects, it takes cues from the owner’s “less is more” philosophy. In fact, each room is fitted with electric sliding doors, which means there’s not a clunky handle to be seen. The yard says more details about Project 817, including her name, will be announced after the sea trials conclude. Stay tuned.

Check out 83.50m Feadship SAVANNAH, one of the first real hybrid motor yachts ever built.