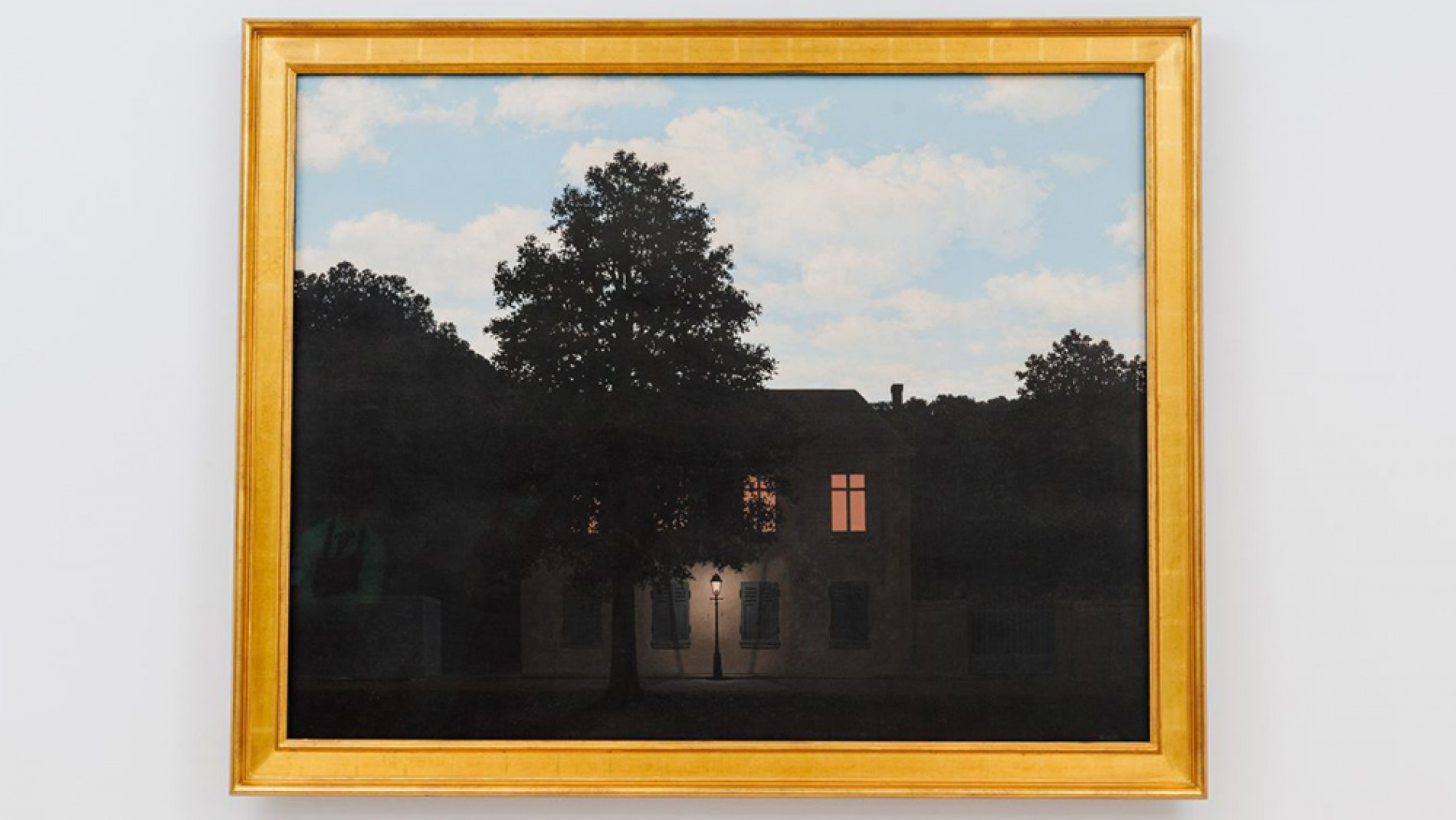 A MAGRITTE PAINTING JUST SOLD FOR A RECORD-SMASHING $79..8 MILLION AT SOTHEBY'S

A painting by René Magritte, a juggernaut within the modern art market, sold for £59.4 million ($79.8 million) at Sotheby’s on Wednesday, setting a new auction record for the Belgian Surrealist. That price is more than triple his previous record of $26.8 million, paid for the artist’s Le Principe du Plaisir (1937) at Sotheby’s in 2018.

Sold during an evening sale at the house’s London location, three bidders competed for L’empire des lumières (1961). Secured with an in-house guarantee, it was expected to fetch £45 million ($60 million). With bidding starting at £40 million ($53 million), the work hammered for a price of £51.5 million ($68.9 million), going to buyer on the phone with Alex Branczik, Sotheby’s chairman of modern and contemporary art in Asia. That buyer beat out two other determined ones on the phone with Katia Nounou Boueiz, Sotheby’s head of United Arab Emirates, and Sam Valet, a senior Impressionist and modern art specialist based in London.

Before putting down the gavel, Sotheby’s auctioneer Helena Newman urged bidders on in the last few minutes of the nearly-10-minute-long battle, saying, “It’s not a masterpiece to let go.”

The painting depicts a streetscape that appears to be set during the day and night simultaneously. Its composition is one that the artist returned to several times throughout the 1950s and ’60s.

The work was sold from the holdings of Anne-Marie Crowet Gillon, a French baroness and the daughter of one of Magritte’s key patrons, the lawyer Pierre Crowet. Gillon, who met the artist at the age of 16, went on to pose for several of Magritte’s works. It has been on loan at the Musée Magritte in Brussels since 2009.