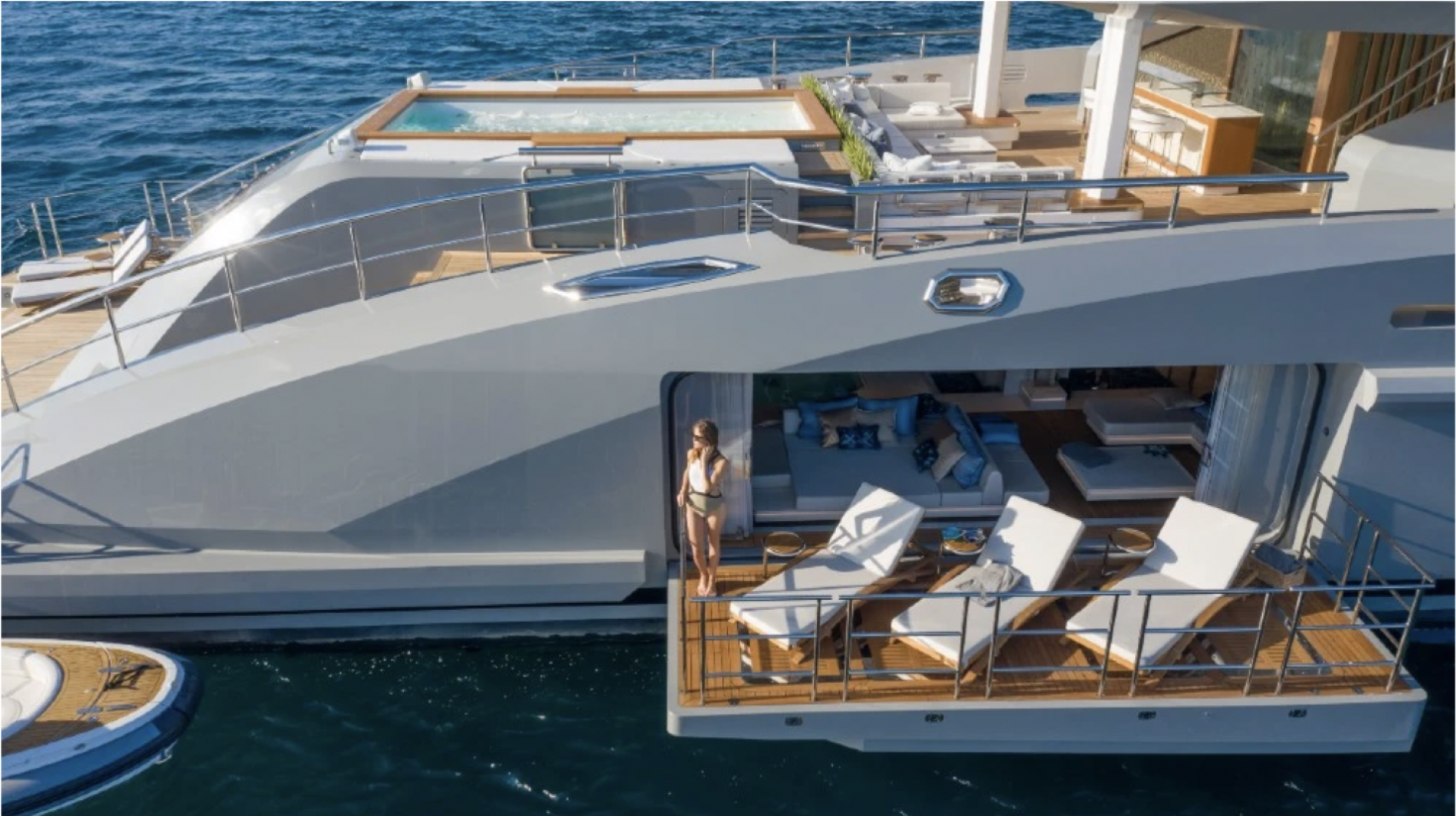 BOAT OF THE WEEK: MEET 'TATIANA,' THE SLEEK 262-FOOT SUPERYACHT WITH AN EPIC FRESHWATER SWIMMING POOL.

It is arguably the most sophisticated build to ever come out of a Turkish yard.

Standing on Tatiana’s vast main deck next to the pool—just one of three on board—it’s hard to imagine that Bilgin Yachts in Turkey was building boats out of wood up until 2014. In fact, the owner’s two previous yachts, sharing the same name, were constructed from mahogany and epoxy.

But his latest 262-foot superyacht, which was launched in 2020 but made its public debut at last month’s Monaco Yacht Show, has no trace of sawdust and resin. Built of steel and aluminum in a state-of-the-art facility, it has an internal volume of 1,689 gross tons—more than twice that of Bilgin’s previous flagship.

Tatiana’s graceful silhouette, long overhangs and sweeping sheerline by Unique Yacht Design seem to hark back to the classic yachts of yesteryear. The design could have been wider and chunkier to increase interior volume, but the owner was more interested in elegant lines and a “sleek and sexy profile while avoiding a high dosage of design clichés.”

The shipyard approached UK-based H2 Design, a long-term design partner, to translate the owner’s brief into “comfortable, luxurious yet usable interiors.” With chartering also in mind, timeless understatement is the dominant theme of the interior design. The result is a modern, detailed residential look for a home away from home feel.

“The owner is an extremely family-oriented man who loves to socialize with his family and friends and spends months on end in the summer on his yacht,” Jonny Horsfield, founder of H2 Design, told me during a tour at the Monaco show. “He’s been been involved in the industry for years, so he knew exactly what he likes and doesn’t like.”

Horsfield singles out the beach club on the lower deck as “the epicenter of the yacht”—and it’s not hard to see why. When under way, access is from the main salon via a grand central staircase of polished mahogany and white Carrara marble. At anchor, when the transom door is raised and the two side platforms deployed, the area covers nearly 1,200 square feet.

The centerpiece is a 30-foot long, freshwater swimming pool. Skylights set into the floor of the second pool on the main deck mean the beach club is bathed in dappled light even when the shell doors are closed (during transit the water can be drained and stored in a heated tank). After dusk, optic fibers integrated into the deck twinkle like nighttime constellations. A hammam, massage room and wet bar with a backlit floor of brilliant blue agate complete the spa facilities.

With four ensuite guest cabins, three VIP suites, a dedicated owner’s deck and private office on bridge deck, gym and cinema room, Tatiana represents a new benchmark for Turkish-built yachts and can easily compete with Italian equivalents in terms of quality, comfort and attention to detail. In the cinema room on the lower deck, for example, extra insulation was added not so much to block noise and vibration from the nearby engine room, but to prevent sound from escaping into the gym next door.

“The catalytic converters take up as much space as the MTU engines, which meant a bigger engine room than usual,” says Berkay Yilmaz, Bilgin commercial director. “But we took the decision to have them installed anyway because they represent added value for the owner by future-proofing his investment.”

Tatiana is the first in a limited series of sisterships based on the same technical platform that will see Bilgin launch a second yacht, already sold, next year and a third in 2023.