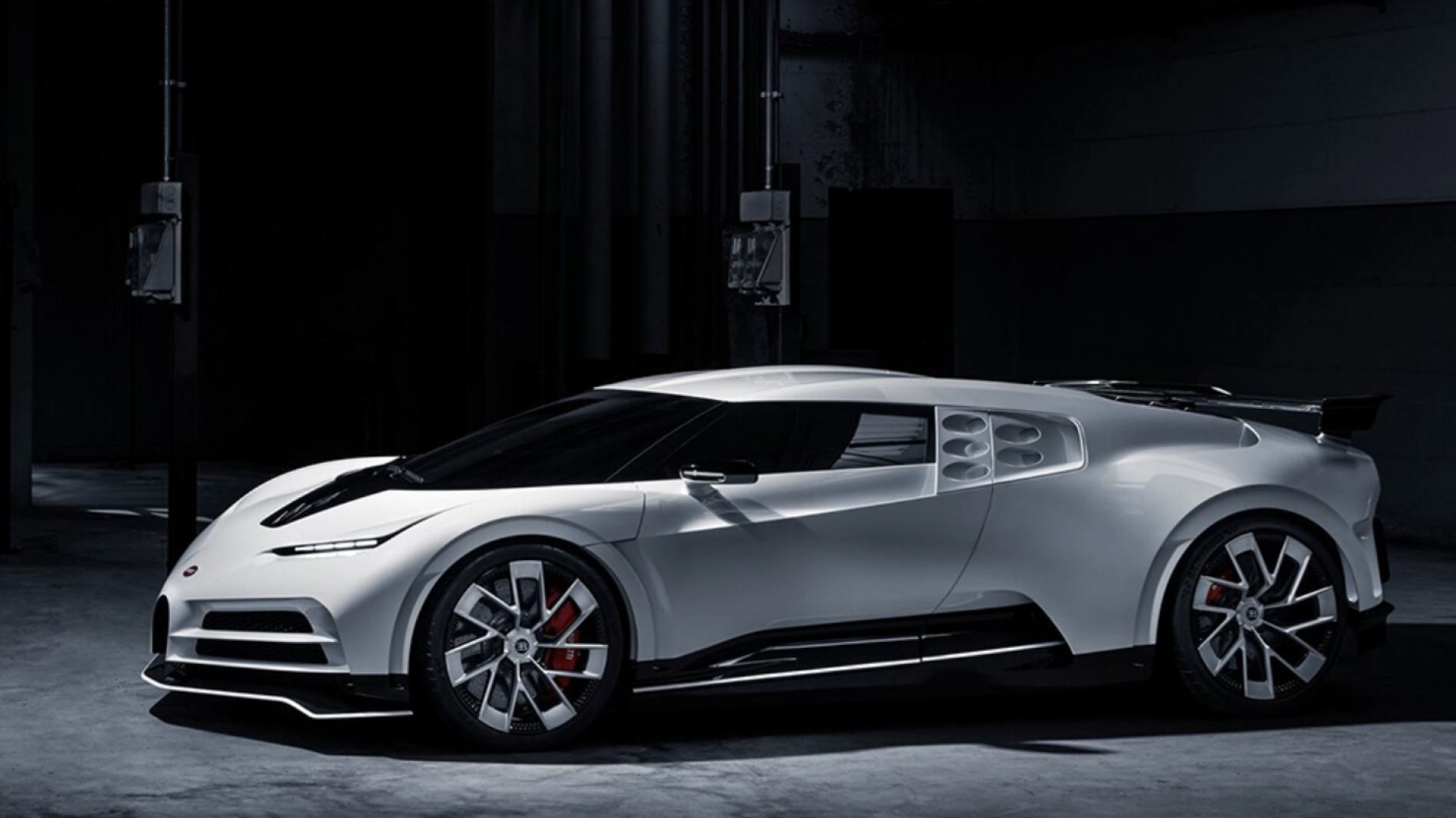 THE $9.6 MILLION BUGATTI CENTODIECI IS ONE STEP CLOSER TO PRODUCTION.

One of the most exclusive Bugattis of all time is almost ready to take its place on the starting line.

The French supercar specialists announced on Friday that the $9.6 mill Centodieci has completed hot-weather testing. With that hurdle out of the way, series production of the 1-of-10 hypercar is on pace to begin next year.

First announced in the summer of 2019, the company’s latest limited-edition model is both a celebration of its history—“Centodieci” is Italian for 110, the marque’s age at the time it was announced—and a specific homage to the EB110. Not only was that vehicle one of the most iconic autos of the 1990s, but it was also the only one produced during Italian entrepreneur Romano Artioli’s time in charge of the automaker, before the brand was acquired by Volkswagen Group in 1998.

The Centodieci is based on the Chiron and features several design nods to the EB110, including a more angular shape, a small horseshoe-shaped grille and five round air intakes position just behind its side windows. Just as impressive as this design, is the 8.0-liter W-16 engine that powers it and is displayed under glass. The brand says the mill will be able to pump out 1,600 hp and launch the car from 0 to 60 mph in just 2.4 seconds.

Needless to say, Bugatti is putting the prototypes it unveiled in February through the paces, including three weeks of hot-weather testing in the US Southwest this summer, according to a press release. During that time, the team observed and analyzed how the vehicle operated in all manner of extremes, including altitudes of nearly 9,180 feet and temperatures as high as 113 degrees Fahrenheit.

The testing is about more than just checking boxes. It’s also an opportunity to find new and unexpected ways to improve the vehicle’s design and technical features. And sure enough, even though the Centodieci passed hot-weather testing with “ease,” small tweaks were made to the supercar, like the addition of an air intake near the oil cooler to help keep the temperatures down.

Now all that’s standing between the Centodieci and your driveway is 186,000 miles of high-speed testing. Once that’s complete, engineers will sign off on the car and production, which will be done by hand at the marque’s atelier in Molshiem, France, can begin. After that comes delivery of the 10 cars, at which point the fun can really begin.