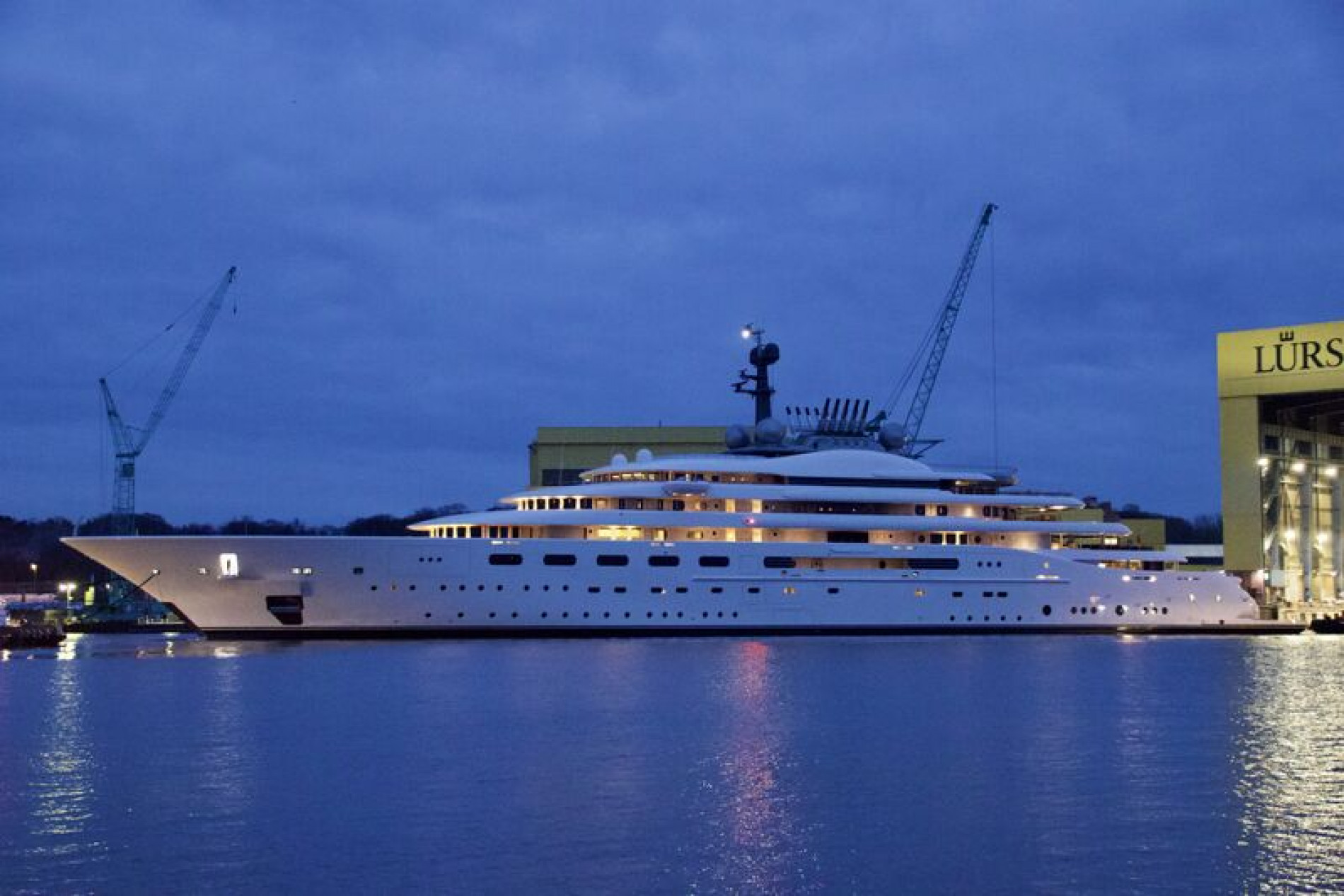 The 158-metre Lürssen superyacht Blue, set to be one of the largest superyachts by volume in the world with speculated volume of 15,320 GT, has been launched at the Bremen shipyard.

Very little is known about the superyacht, the beam of which is believed to be 22.5-metres, as she has been constructed entirely under cover, with no renders having ever been shared of her lines.

At a length of 158-metres, Blue will be the fifth longest superyacht in the global fleet and the second longest Lürssen, ousting Dilbar from her spot. Blue is one of four of the 10 largest yachts due to be launched this year, she is also the largest superyacht that will enter the fleet in 2022. For the full list, check out our article here.

The other three Lürssen's expected to be launched in 2022 are the 146-metre Opera, with lines from Terrence Disdale Design, the 145-metre Luminance, and Project 1601 which features exteriors from Espen Øino and interiors from Dölker + Voges GmbH.