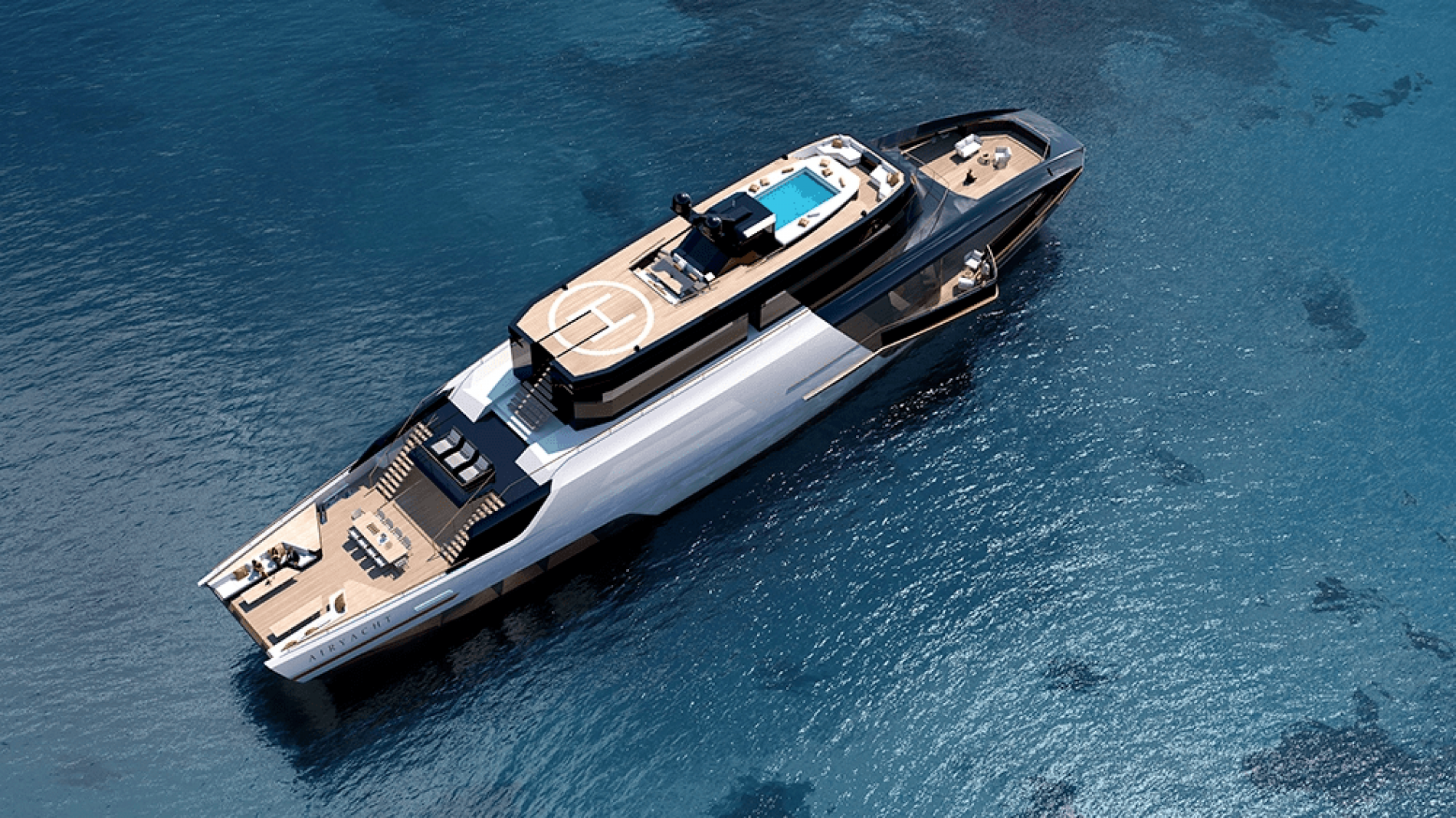 MEET THE AIRYACHT, A BONKERS SUPERYACHT-BLIMP HYBRID CONCEPT THAT CAN CRUISE BOTH SEA AND SKY

AirYacht may not have the most original moniker, but the new concept is undeniably inventive.

Envisioned by Guillaume Hoddé and Matthieu Ozanne, the new two-in-one vessel comprises a luxe 197-foot superyacht and a giant 656-foot blimp that together enable cruising in either the skies or seas. The Swiss outfit that created it, which is also called AirYacht, says the two vessels can also be separated and used independently for even more versatility.

The detachable balloon, known as the “airship,” is currently powered by a hybrid propulsion system, though the team hopes it will run exclusively on hydrogen in the future. With space for three crew, it can reportedly reach 50 knots at full tilt and fly up to roughly 9,800 feet above the ground. It also has an autonomous cruising time of around one week, according to the firm.

The adjoining superyacht, or “residence” as the designers call it, sports an aerodynamic hull crafted entirely from ultra-lightweight carbon to ensure it soars seamlessly through air or water. Spread across three levels, the living quarters span roughly 8,000 square feet and can accommodate up to 12 guests in a five or six-cabin layout. There are also amenities aplenty, including a Jacuzzi, pool, spa, gym, helipad and a garage for cars, toys and tenders.

Interestingly, the yacht itself doesn’t sport any engines as they add too much weight. As such, it will rely on the airship to get around. Hoddé told Robb Report the residence can be tugged by the airship when in water.

As for separating the two individual vessels, the AirYacht is equipped with an innovative launch system, or “lift”, which allows the superyacht to be gently lowered (or raised) without the airship ever needing to touch the ground.

Penned by Franck Darnet of Darnet Design, the AirYacht is not to be confused with Lazzarini’s bonkers flying superyacht concept of the same name. (As we said, the moniker isn’t exactly original.) There are similarities, though; both yachts are powered by helium blimps and can take to the sky or sea.

AirYacht says orders are now open and the first delivery is planned for the end of 2026.