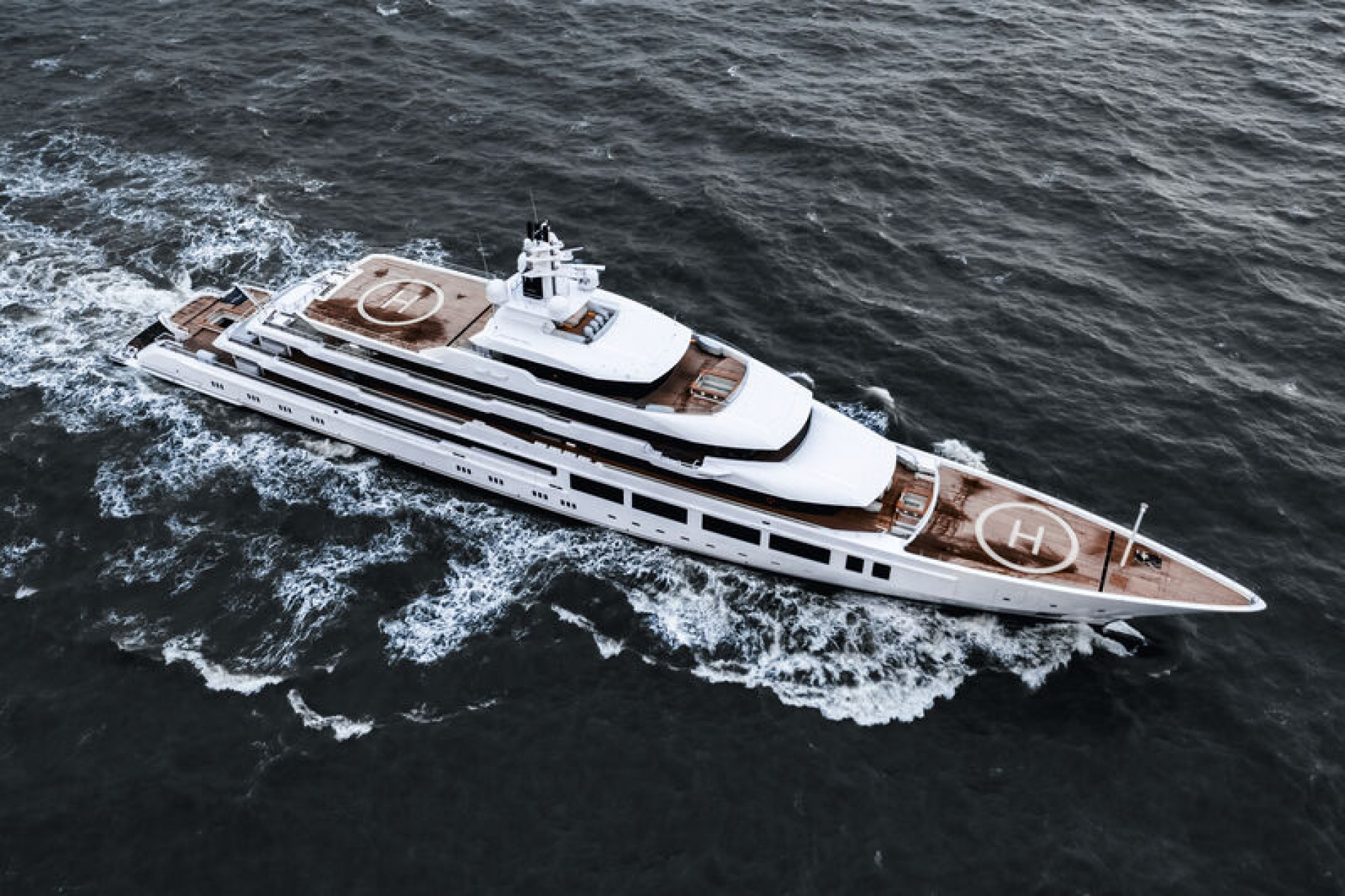 The 117-metre Oceanco superyacht Infinity has been captured on sea trials in the North Sea. The yacht, which was launched on October 1st 2021, was at the time of her launch the largest superyacht ever launched at the shipyard, though she has since been superseded by Y721.

The superyacht features exterior design from Espen Øino International and has been at Alblasserdam shipyard since July 2019 when she was moved there for outfitting. The superyacht's interiors have been penned by Dutch design firm Sinot Yacht Architecture & Design and she can accommodate as many as 24 guests.

The superyacht, which has a steel hull and aluminium superstructure, has a five deck layout and a helipad on her bow. A second helipad is located on her top deck and photos suggest she has a pool on her aft deck.

The superyacht will be delivered later this year.